Shelby in the Spotlight for American Legion World Series 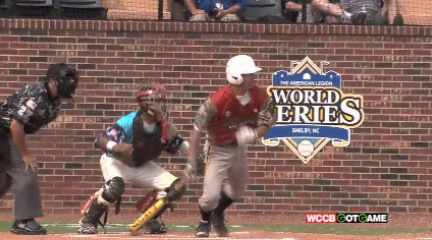 Dreams come true for teenage baseball players every year at the American Legion World Series. This year marks the 90th anniversary of the event and fifth straight year that the year-end tournament is played at Shelby High School’s Keeter Stadium.

“Back where I’m from, Newberry, we don’t have this many fans at the games,” Newberry-Chapin outfielder Andrew Livingston said . “Eight thousand fans per game here, that’s ridiculous!”

Helping turn the tournament into an unforgettable event is the more than 700 volunteers.

Shelby has poured more than two million dollars into the stadium and tournament to make sure they improve on the whole experience each year. High speed internet, vendors, military appreciation day are just a few things they work to improve on an annual basis.

“This is the purest and keenest competition in baseball in the United States,” Rountree said. “We want people to know that shelby is the home of the American Legion World Series.”

The ALWS semifinal and finals will be broadcasted live on ESPNu on Monday and Tuesday.