Edge on Demand: Uber Gets Ahead, Kim Davis Stays in Jail & Fans React to Brady 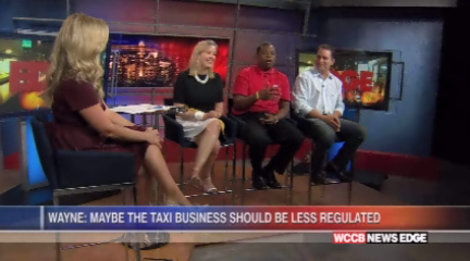 Drivers for Uber and Lyft are on the job with a new vote of confidence from the state.  Governor Pat McCrory signed new regulations into law for ride-sharing companies.  The Governor says the rules will help encourage competition and increase safety for customers.  The bill requires ride-sharing companies to have insurance and pay a $5,000 state permit fee.

“No one in the industry has a problem with them being here, we just want them to follow the same rules that we do,” said Royal Cab Co. Manager Rudolph Kirkpatrick.

In a statement to WCCB Charlotte, an Uber spokesperson says: “We thank Gov. McCrory and all parties involved for officially welcoming choice, innovation and opportunity across the state.”

And that brings us to our Question of the Night: Should Uber and Lyft be regulated like taxi cabs?