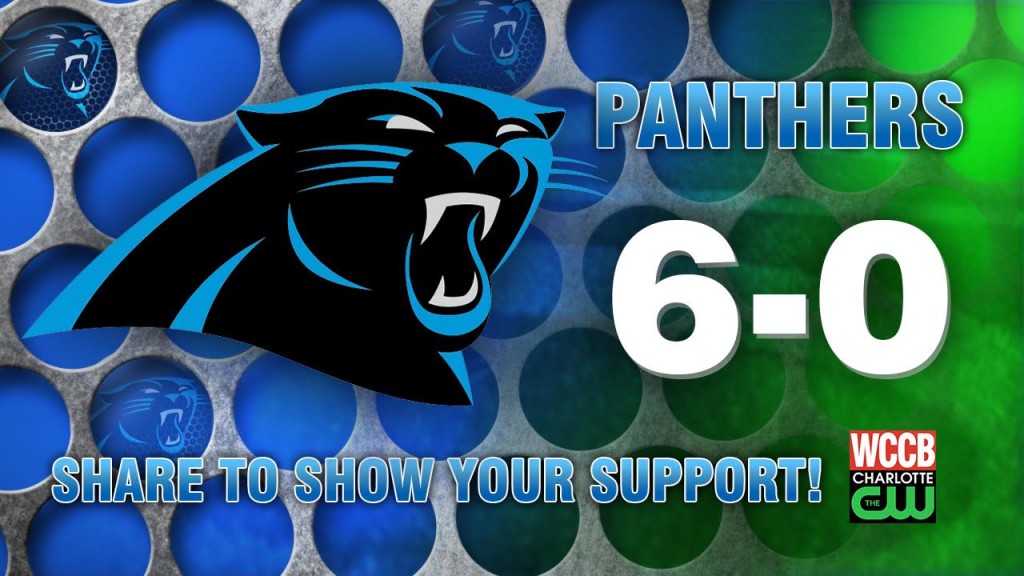 CHARLOTTE, NC — The Carolina Panthers hold on at home against the high-flying Eagles to stay undefeated. The Panthers have now won their last 10 regular season games and earned their first 6-0 start in franchise history.

Although Cam Newton’s stats are nothing to brag about, his 3 interceptions are not telling of how he played and were due to tipped balls and spectacular defensive plays. Cam continued to put the entire offense on his back by making the right plays at the right time.

Cam claimed in the postgame interview, that it was a “great team win,” which perfectly sums up the combined effort. The defense played spectacularly. The unit held Demarco Murray to 3.6 yards per carry, while Carolina’s offense stuck to its run-happy game plan and picked up 204 yards on the ground. Jonathan Stewart’s 125 rushing yards was his most productive effort in the last 11 games. Carolina used Tolbert has the goal line hammer as he put up two hard-earned touchdowns within the 5-yard line.

Multiple defensive players continued to build their pro bowl resumes, such as LB Luke Kuechly, CB Josh Norman, and DT Kawann Short. Kuechly was involved in 11 tackles, Norman only gave up 1 catch for 3 yards and broke up a crucial third-down pass in the end zone, while Short recorded 3 sacks and a forced fumble.

The receivers stepped up to give Cam the targets he needed to sustain drives. Ted Ginn Jr. had 102 yards combined rushing and receiving, while Greg Olsen added another 65 yards. Cam threw for 197 yards in 24 attempts, while Sam Bradford threw for 204 yards in 46 attempts. The Panthers finally figured out how to pick up chunk plays and produced 6 plays of 20+ yards. They were dead last in the NFL in number of big plays produced prior to today.

The Panthers continue to silence the doubters by proving they can beat respectable teams. Although the Eagles were sitting at .500, they had just come off two weeks in which they blew out their opponents, the Saints and the Giants. The Eagles had proven that their offense had finally clicked and their defense could hold high-power offenses to few points. It is safe to say the win against the Seahawks and Eagles has cemented the Panthers as a top 5 team.

Unfortunately for Carolina, the division rival Falcons were able to hang on against the Titans in a 10-7 win. However, the Falcons game is telling. Their offense has weapons, but can be held out of the end zone. The Titans did it, so the Panthers can too. Barring an unlikely collapse, the week 14 and 16 games against the 6-1 Falcons will likely determine whether the Panthers will have a Wild Card round bye during the first week of the playoffs.

Carolina hosts the Colts next week in another primetime slot on Monday night. Then, the cardiac cats will take on Aaron Rogers and the Packers in what could be a match of undefeated squads. The Colts have not looked like the same team that football fans saw in 2014, losing to the Saints at home this week with Andrew Luck not playing like himself. Indianapolis has won 3 games because they are in the AFC South, the weakest NFL division, and have played the Jaguars, Titans, and Texans. The Panthers should be big favorites playing at home against their bad defense.

The Packers game will be a huge determinant of whether the Panthers are true Super Bowl contenders. Green Bay’s defense has been stepping up as they’ve allowed the fewest points in the NFL and will certainly test Cam Newton and the offense. Carolina needs to take care of business against the Colts in front of a national audience, then suit up and give it their all against the also hot Packers. If the Panthers can at least keep it close against Green Bay until the end, you bet they have a chance to take their first Super Bowl title ever. Doubters, proceed with caution.