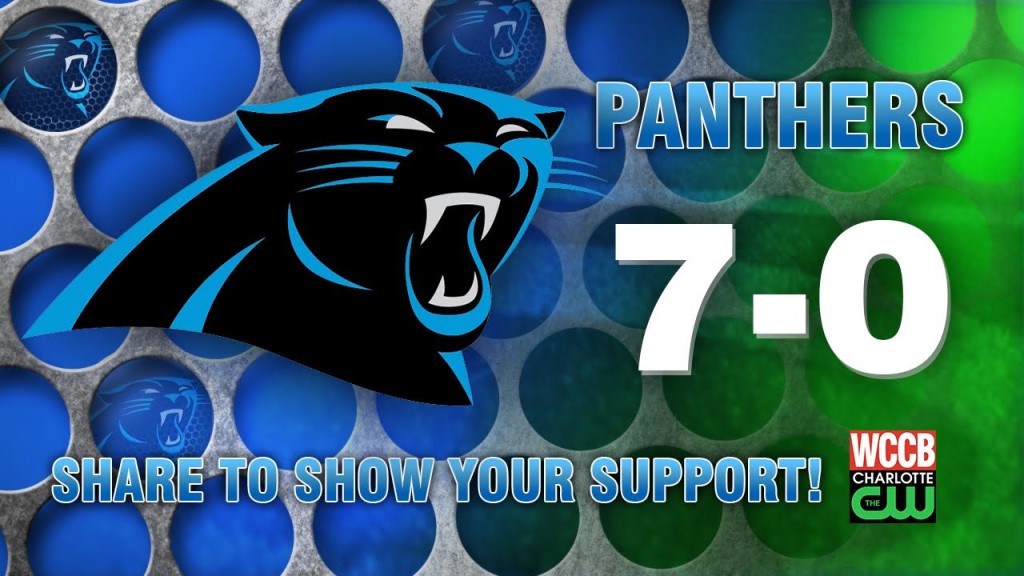 CHARLOTTE, N.C. —  Wow. This was easily the most exciting Monday Night Football game all year. After going up big against the Colts, the Panthers allowed Luck to stomp down the field multiple times in the 4th quarter to tie the game and send it to overtime. From there, the Panthers came out victorious in an exhilarating finish.

The Panthers had multiple opportunities to win this game. Luke Kuechly dropped an interception in the end zone with seconds left. Ted Ginn dropped a pristine Newton deep ball right through his hands, which likely would have been a touchdown. The Panthers could have stopped the Colts, who had no time outs left, on 4th and 10 with under 2 mins left. Yet, the Colts did what they needed to do to send this nail-biter into overtime.

This was a sloppy game. The heavy rainfall (and possibly the distraction of two protesters dangling in harnesses from the upper deck) led to an array of mistakes by the offenses. Ball security was a serious issue for both teams with a combined 7 turnovers total and there were opportunities for even more takeaways (looking at you, Vontae Davis). The Panthers had a crucial fumble lost at the 1 yard line, a mistake that could’ve cost them the game.

The game should not have been so close. Up by 17 with under 11 minutes to play, the Panthers had the game won. Luck had thrown for under 50 yards in the first 3 quarters. However, Luck’s passing game clicked and the worn-out pass rush crew of the Panthers gave him all day to carve up the secondary in three consecutive drives. The offense’s run game just couldn’t get any first downs as it tried to chew up the clock in the 4th quarter, putting a lot of pressure on the Carolina D.

Do you think football fans know who Josh Norman is now? Norman limited star wide receiver T.Y. Hilton to only 1 catch for 15 yards. He also made an incredible leaping pass break up late in the game that prevented a possible touchdown in the Colts’ final 4th quarter drive. As a lot of fans have been saying, pay this man now, because his contract is up at the end of this year. He is deserving of a serious raise.

The most surprising performance, in my opinion, was the play of safety Kurt Coleman. The defender made play after play, from tackles for losses to a big interception. He gets my game ball.

However, the play of the game was made by both Roman Harper and Kuechly. Tied in overtime, the Colts only needed a field goal to win the game and Carolina’s defense was visibly exhausted. Luck tried to hit TE Coby Fleener across the middle, but Harper deflected the ball up in the air and Kuechly came down with the pick. The Panthers’ offense was sputtering late and it was crucial to have good field position. The D gave them the ball at the opponent’s 39. A 5-yard catch and a 52-yard field goal ended the game.

Now let’s talk about Newton. He completed under 50% of his passes, had an interception and a fumble lost, yet he is still putting up points on the board. His play has been erratic, though much of that has to do with the scarcity of talent surrounding him. It will be interesting to see if he stays alongside Brady and Rodgers in the MVP conversation. Although right now, you have to give it to Brady.

Newton has been a big part of the Panthers’ running game this season. Tonight, he carried the ball 10 times for 41 yards and took a lot of big hits to boot. His health is immensely important to the future of this franchise, so the Panthers should look improve his protection going forward, although I do like the QB draw calls on 3rd or 4th down and short to use an extra blocker and Cam’s enormous frame to pick up tough yardage.

The Falcons are clearly struggling after losing at home to the Buccaneers, so the Panthers are primed to take the NFC South title for the fourth consecutive year. The Panthers take on the Packers at home this coming Sunday, which will have major NFC playoff seed implications. Although the Packers got smacked by the Broncos on Sunday Night Football, they are still one of the deadliest teams in the NFL. Yes, the Panther beat the Seahawks in Seattle, but it would be an even bigger statement to take down Rodgers and the Packers. I’m putting my money on the Panthers to keep pounding.