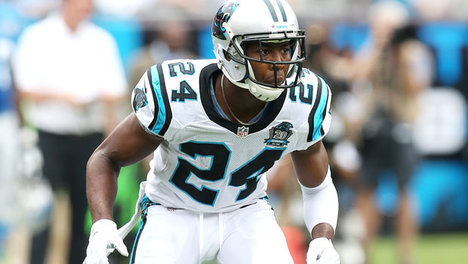 Panthers cornerback Josh Norman was fined $5,000 for patriotic cleats he wore during the Panthers vs. Packers game.

“Price we pay for freedom and I’ll take that any day,” he said Sunday after the game.

Norman said he is donating the now autographed cleats to the USO of North and South Carolina for auction, according to CBS Sports.

Norman posted the following tweet after receiving the fine:

ðŸ‡ºðŸ‡¸ Grandpa was A SEARGANT in the Korean war. He saw his whole company blowe…. https://t.co/71pxw5Hzkq pic.twitter.com/S95ItwBzBh