CHARLOTTE,N.C. — CMPD has charged a 25-year-old man in connection to a north Charlotte drive-by shooting that left a 6-year-old girl injured. 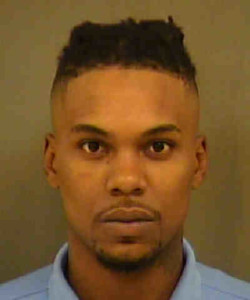 Deontaye Smith was arrested Tuesday for the shooting that happened Saturday evening on Sunstone Drive. He is charged with two counts each of Attempted First Degree Murder and Assault with a Deadly Weapon with Intent to Kill.

Police say Smith has also been served with additional warrants for unrelated drug charges and a separate shooting that occurred on May 18th.

The Sunstone Drive shooting happened around 7:30 p.m. on Saturday night. Arriving officers located a 6-year-old girl suffering from a gunshot wound to the leg.

Officers applied a tourniquet to the girl’s leg until Medic arrived. She was transported to CMC-Main with non life-threatening injuries.

Police say the girl was playing outside when she was shot by a suspect inside a vehicle who fired multiple shots toward a home.