Will you hit the track in the new Toyota Supra? 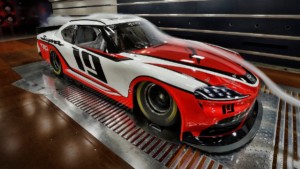 Sports car fans, rev up your engines – because you’re going to want to head to your nearest N Charlotte Toyota dealership to trade your ride in. We’ve got more details on the up-and-coming Toyota Supra, slated to arrive at dealerships at some point next year!

What stirred up this latest round of rumors about the much-loved sports car? Well, a new prototype was unveiled. And while it’s nothing like the actual model that will be up for sale at dealerships, it certainly gets people thinking and researching and trying to figure out what the actual model WILL be bringing to the table. Our N Charlotte Toyota dealership is here with more details about what we’ve heard!

Test drive the N Charlotte Toyota 86 to get your sports car fix now!

However, this performance-driving Toyota icon won’t be available until next year at the earliest. If you’re dying to get your hands on a sleek and sporty new ride NOW, we have a suggestion – check out the 2018 Toyota 86. It comes in three trim-levels and offers you an incredible drive time, the best technology, and an eye-catching design. And all of that is wrapped up in an affordable price tag, to boot!

We’ll keep you posted on the 2019 Toyota Supra and what it’ll have to offer as we get more information in the coming months. We’ll also let you know the minute it’s slated to arrive at our dealership so you can get behind the wheel of this fan favorite as soon as it gets here.

Want more information? Want to take the Toyota 86 for a spin today? Call Toyota of N Charlotte! We’re open seven days a week at (704) 875-9199 and we’re conveniently located just off I-77 at exit 23 in Huntersville. 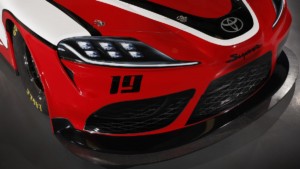