Discover the inspiration behind the N Charlotte Scion FR-S! 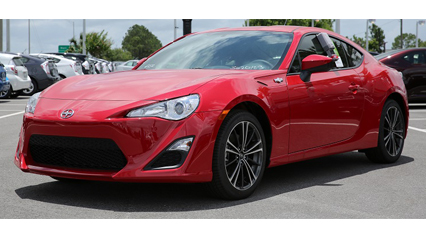 The 2014 Scion FR-S near Charlotte may not have been around for very long, but it’s quickly become an extremely popular choice! Just recently KBB.com named it one of the top coolest sports cars to own for under $25,000!

If you’re wondering what features have made it become such a popular choice both here and overseas, we have some answers for you. We took a closer look at this new Scion sports car and researched its history to find out how it came to boast the iconic design it’s known for today, and what has made it such a popular choice!

Take this new Scion sports car near Charlotte out for a spin today!

Do you want to enjoy a sports car that’s kind to your budget and also has an amazing history? This new Scion sports car may be just the two-door coupe you’ve been looking for, then! Clearly it draws its inspiration from multiple Toyota sports cars that were favorites in the past. Between this and its low starting MSRP of $25,255, it’s hard not to fall in love with this sports car!

Take a look at this amazing sports car in person today. You can visit us at any time since we’re open until 10:00 pm every day! Stop by and see us at 13429 Statesville Rd – we’re located just off of I-77!