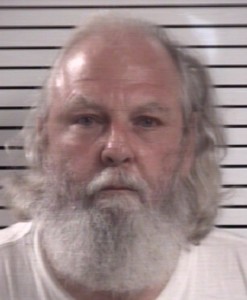 Deputies say the crime was reported on Friday, August 3rd. The victim told investigators that Douglas Jackson offered to pay her to do yard work at his Ashley Brook Lane home, and then later offered more money to see her naked.

The victim says she was trying to earn money by cleaning homes and doing yard work when Jackson hired her.

Jackson was arrested Wednesday and charged with Felony Indecent Liberties with a Child. He has been placed under a $50,000 bond.