POLKTON, NC — A sergeant at Lanesboro Correctional Institution has been charged with trying to bring drugs into the prison. 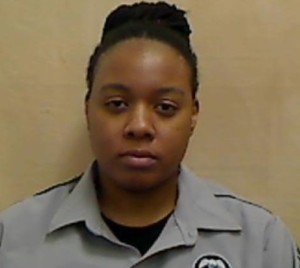 Sgt. Casonja Crowder, 34, was arrested by the Polkton Police Department after an internal investigation into the allegation. Crowder resigned her position effective immediately following the arrest.

“The department appreciates the local law enforcement collaboration in making this arrest for these very serious charges,” Kenneth Lassiter, director of Prisons stated. “I want to commend our special operations team and management at the facility for taking action and preventing these drugs from entering the facility. We want it known that we will work with the District Attorney’s Office to help ensure any staff suspected of bringing contraband into a prison will be prosecuted.”