A man wanted in connection to a double shooting earlier this week has turned himself in to authorities. 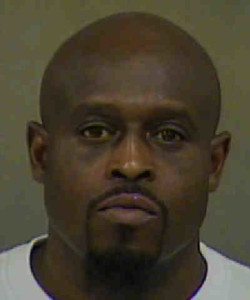 Boilings Springs Police say Kenneth Moore, 45, turned himself in Wednesday. He is currently being held at the Mecklenburg County Jail.

Moore is charged with Attempted 1st Degree Murder and two counts of Assault with a Deadly Weapon with Intent to Kill/Serious Injury.

The shooting happened Monday morning at the Phillips Village apartment complex on Patrick Avenue. One victim was reportedly shot in the head, but both victims are expected to be okay.

BOILING SPRINGS, N.C. — Gardner-Webb University has asked students to remain in place after a shooting occurred in the town of Boiling Springs.

GWU ALERT: Please shelter in place. There has been a shooting in the town of Boiling Springs. There is no suspect…

Town police ask all school staff and students to not move around the campus until give an all clear.

Authorities say the shooter is described as a black male with a bald head wearing a red shirt or jacket. He is 5′ 10″ and was last seen on foot near Flint Hill Church Road.