CHARLOTTE, N.C. — The health inspector cited a general lack of control in the bar area and kitchen at Ink N Ivy after finding nearly 20 violations, some critical, during an inspection on Wednesday.

The restaurant received a 78 grade, which is a C rating. 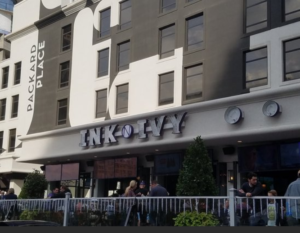 According to the inspector, none of the dishwashers were properly using sanitizer and dirty dishes were being stored as clean, with heavy food debris and a greasy film.

Raw foods, such as shrimp, bacon, and pooled eggs were stored in coolers above ready-to-eat foods, which is a hazard because the raw foods can leak and potentially contaminate the already prepared food.