Police have released the 911 call from the deadly shooting Sunday afternoon inside Carolina Place Mall.

Pineville Police have released the name of the man who was shot and killed at the Carolina Place Mall Sunday.  Lieutenant Corey Copley says 24-year-old Khali Holmes of Charlotte was killed inside the DTLR store at the mall.

The shooting happened shortly after 12pm after Holmes reportedly started a physical confrontation with an employee of the store, according to a news release.

Pineville Police say the employee pulled out a gun and killed Holmes during the incident.  At this time, no criminal charges have been filed in the case so police are not releasing the name of the shooter.

However, police said via a news release that it does not mean charges are not pending.  They are reportedly doing more interviews and viewing security camera video of the shooting.  They are also working side by side with the Mecklenburg County District Attorney’s Office.

Police want to remind the public that this was not a random act of violence.  They also want to let the public know that Carolina Place Mall remains a safe place for everyone.

The mall is back open for business today.

PINEVILLE, N.C. — MEDIC says one person has been shot and killed at the Carolina Place Mall in Pineville.

According to the Pineville Police Department, at about 12:15 p.m. on Sunday, the deceased male entered the DTLR store inside Carolina Place Mall and started a physical confrontation with an employee. 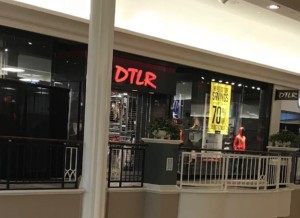 Police believe the employee shot the man and left the scene, before turning himself in within the hour. Authorities say the confrontation may have been the result of an ongoing dispute.

The victim’s family has been notified. His name will be released shortly.

No charges have been made at this time.

The shooting is under investigation and more information will be released as it develops.