MORGANTON, NC — Burke County deputies have arrested and charged a man they say stole a credit card and made multiple large purchases over several days. 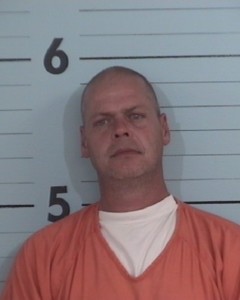 The crime was reported on January 23rd by a victim who said their card was stolen from a home on Mountain Breeze Drive. Authorities later identified 53-year-old Robert Shafer as the suspect.

During the investigation, deputies reportedly learned Shafer was also wanted on outstanding warrants in several other counties, including one in Virginia.

Shafer was arrested at his home on Jamestown Road, Burke County investigators say, and confessed to stealing the card and making the purchases.

The Burke County Sheriff’s Office has charged him with Felony Financial Card Theft and Felony Obtaining Property by False Pretense.

Officials say Shafer was also served an outstanding warrant for Misdemeanor Larceny from Guilford County, NC, and has warrants in Henry County, Virginia for Failure to Appear on Shoplifting Charge, three counts of Failure to Appear on Obtaining Property by False Pretense, and Fugitive From Justice.

He is being held without bond on the fugitive warrant, officials say.