Deputies say missing Iredell County teen, Lizzy Coseth Lorenzana Chevez, has been found safe and was reunited with her family.  No other details have been released at this time. 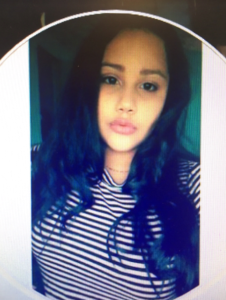 Lizzy Chavez’s mother told deputies she last saw her daughter at their Fraley Road home around 10:30pm Monday. Lizzy was reported missing around 8am the next morning.

Deputies say she left on foot and was carrying a blue-grey backpack.

Friends of Lizzy tell deputies she may be in the company of a Hispanic man from Charlotte. He is in his early 20’s, deputies say, and goes by the name Christhiane or “Chrasfell.”

Deputies say this man may be driving a black Chevrolet Camaro.