State Board Of Elections Votes For New Election In NC9 Race

The North Carolina State Board of Elections voted unanimously Thursday afternoon to hold a new election in the 9th Congressional District race between (R) Mark Harris and (D) Dan McCready.

Parties for each side have issued the following statements regarding the decision:

“We respect Dr. Harris’ decision on behalf of the voters. This has been a tremendously difficult situation for all involved and we wish him the best as he recovers from his illness and subsequent complications. We will continue to work with legislators and investigators on how we can improve the electoral system so that these kinds of situations can be avoided in the future. The people of North Carolina deserve nothing less than the full confidence and trust in the electoral system. We’d like to thank the hard-working staff and members of the North Carolina State Board of Elections for their professionalism and dedication in this investigation.”

“Over an extraordinary four-day hearing, investigators laid out point-by-point how Republican Mark Harris’ campaign funded and directed an elaborate, illegal scheme to steal an election. North Carolina Republicans, following Mark Harris’ lead, repeatedly lied to the people of the Ninth district, silenced their voices, and undermined our entire state’s faith in our democracy. This saga could only have ended in a new election, and we look forward to repairing the harm dealt by Republicans and giving the people of the Ninth district the representative they deserve.”

The vote was made after four days of evidence being presented about possible vote tampering in Bladen County.

Republican Mark Harris himself called for a new election in the 9th Congressional District race after a brief closed session during Thursday’s portion of the hearing.

VIDEO: Mark Harris calls for a new election. The board will consider his comments when making a decision. pic.twitter.com/Ve7n06ne9O

For real-time updates follow WCCB Anchor/Reporter Drew Bollea on Twitter. He is live in Raleigh this week covering the hearings.

RALEIGH, N.C. (AP) — The Republican in the country’s last undecided congressional election testified Thursday that a political operative now accused of ballot fraud assured him “again and again” that he wouldn’t collect absentee ballots in violation of state law. 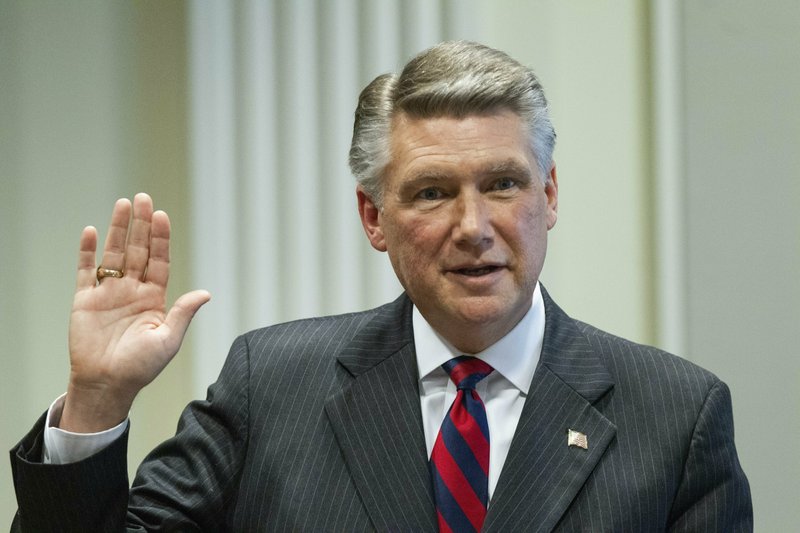 GOP congressional candidate Mark Harris described during a special state elections board hearing how he accepted the word of political operative Leslie McCrae Dowless that he was able to get results for candidates because of his relationships in rural Bladen County.

Harris said he met with Dowless in person before hiring him and came away thinking the operative used a labor-intensive process to convince people to request and send mail-in ballots. He said Dowless assured him his operatives would never touch the completed absentee ballots.

“I’ll never forget. He said it again and again. He said: We do not take the ballot,” Harris testified. He was “convinced that it all comes down to relationships.”

Harris said after a single meeting he believed Dowless and local GOP political leaders that Dowless’ methods were legal. That was despite repeated warnings from his son that data showed the operative was likely crossing legal lines and exposing ballots to potential manipulation. Harris said he never investigated further and never checked whether the results Dowless claimed to be delivering were real.

WATCH LIVE: Mark Harris takes the stand to testify at the ballot fraud hearing for the North Carolina District 9 election.

A Harris text message revealed Thursday from March 2017 indicated he wanted a local political ally to introduce him to Dowless because had Dowless worked on Harris’ unsuccessful 2016 primary campaign it “could have put me in the US House this term, had I known, and he had been helping us.”

Lawyers for Harris have argued in legal briefs that the board should certify his November victory and send him to Washington. Democrat Dan McCready’s lawyers contend the race was tainted and a new election should be ordered.

McCready trailed Harris by 905 votes out of about 280,000 cast in November’s election, but then allegations surfaced that in the eastern corner of the 9th congressional district, Dowless was manipulating mail-in ballots.

North Carolina’s elections director said this week that Dowless conducted an illegal and well-funded ballot-harvesting operation during the 2018 election cycle while working for Harris. Dowless’ workers in rural Bladen County testified they were directed to forge signatures, collect blank or incomplete ballots voters handed over, and even fill in votes for local candidates who hadn’t earned them.

John Harris said his warnings were overridden because local Republican figures recommended Dowless to Mark Harris, who was gearing up for a primary rematch against incumbent GOP U.S. Rep. Robert Pittenger. Mark Harris and his wife met Dowless in April 2017, when Dowless insisted his method for maximizing mail-in vote results was legal and grounded in local relationships, John Harris said Wednesday.

Local politicians knew and had used Dowless since at least 2010, and the community had even voted him to a local soil and water conservation board, Harris’ lawyer, David Freedman, said. Harris largely went along with those local recommendations, the attorney said.

“I think he’s much too trusting,” Freedman said.

Mark Harris previously told The Associated Press he sought out and hired Dowless because he delivered votes, including for a Republican rival in the 2016 GOP primary. Harris said he discussed with an attorney after that primary whether to challenge Dowless’ incredible results for a GOP rival with mail-in ballots in Bladen County. Dowless’ methods in the 2016 general election were referred to federal prosecutors, who took no action.