The Stanly County Sheriff’s Office says a man has been charged with the murder of 25-year-old Sasha Naylor. Naylor was pregnant, authorities say, when her mother tried to report her missing in August 2018.

Investigators say Joseph Rhodes, 30, has been charged with First Degree Murder and Murder of an Unborn Child in connection to Naylor’s death.

Naylor’s body has not yet been located, but investigators say her vehicle was found burning in the Marshville area of Union County.

According to the Stanly County Sheriff’s Office, Rhodes and Naylor were involved in a relationship and had one child together that now lives with Naylor’s mother in Ohio. Investigators say the baby Naylor was pregnant with when she went missing may also belong to Rhodes.

Rhodes was already in Stanly County custody on charges that include Possession of Methamphetamine and Possession of Drug Paraphernalia.

Anyone with information on this case or the vehicle fire in Marshville is asked to call 704-986-3690. 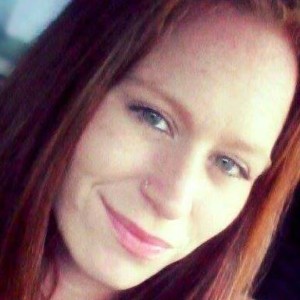 According to officials, Sasha Lee Naylor is believed to be suffering from some kind of cognitive impairment. Authorities say they’re concerned for her safety and well-being because she is reportedly pregnant with an expected due date of early February.

She was last seen on Kates Drive, and may be traveling to Parkersburg, WV or Vincent, OH.

Naylor is described as a white female, 5 feet 3 inches tall, 190 pounds, with long red/auburn hair and blue eyes. She also has several tattoos including the word “Juanita” on her ankle, “Catherine Mayo” on her left shoulder, baby feet on her back and a shamrock on her hip.

She was last known to drive a brown or gold 1998 Ford Tempo with Ohio license plate GRS-3043. Deputies say the vehicle also has right side damage.

Anyone with information on her whereabouts is asked to call the Stanly County Sheriff’s Office at 704-986-3700.