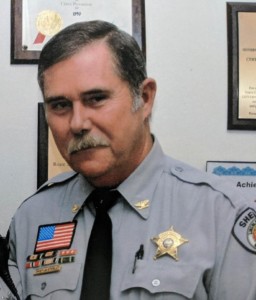 Stanley died Thursday, according to the sheriff’s office. The following information was sent out Friday afternoon as part of the LCSO’s announcement:

Stanley began his career with the Lincoln County Sheriff’s Office as a part-time deputy on June 30, 1978. He was promoted to fulltime on April 20, 1979. Officer Stanley was promoted to Sergeant in January 1982 then Lieutenant on June 1, 1984.

Stanley served as a Lieutenant for 25 years before being promoted to Chief Deputy on October 9, 2009. He retired on November 30, 2010.