The Lancaster County Sheriff’s Office says Henry Childress was located safe this morning in Richland County, South Carolina, and is being reunited with his family.

INDIAN LAND, SC — An 82-year-old man is missing in Lancaster County. Henry Childress was last seen, officials say, around 2:30pm at a bank in Myrtle Beach. 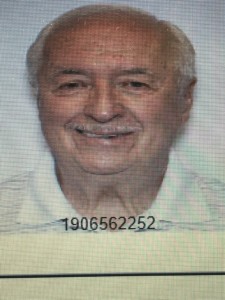 The Lancaster County Sheriff’s Office says Childress left his home on Millstone Creek Road early Wednesday morning and drove to Toyota of Rock Hill on Galleria Boulevard. Later in the afternoon, he was reportedly seen at a BB&T Bank branch in Myrtle Beach. After that, officials say he went missing.

Officials say he may be traveling to Jacksonville, Florida.

Deputies say Childress is a white male, 6 feet tall, 185 pounds, with a scar on his chest from a prior surgery. He also takes medications for several conditions, according to a release.

Child Hit By Vehicle While Waiting On School Bus In Lancaster