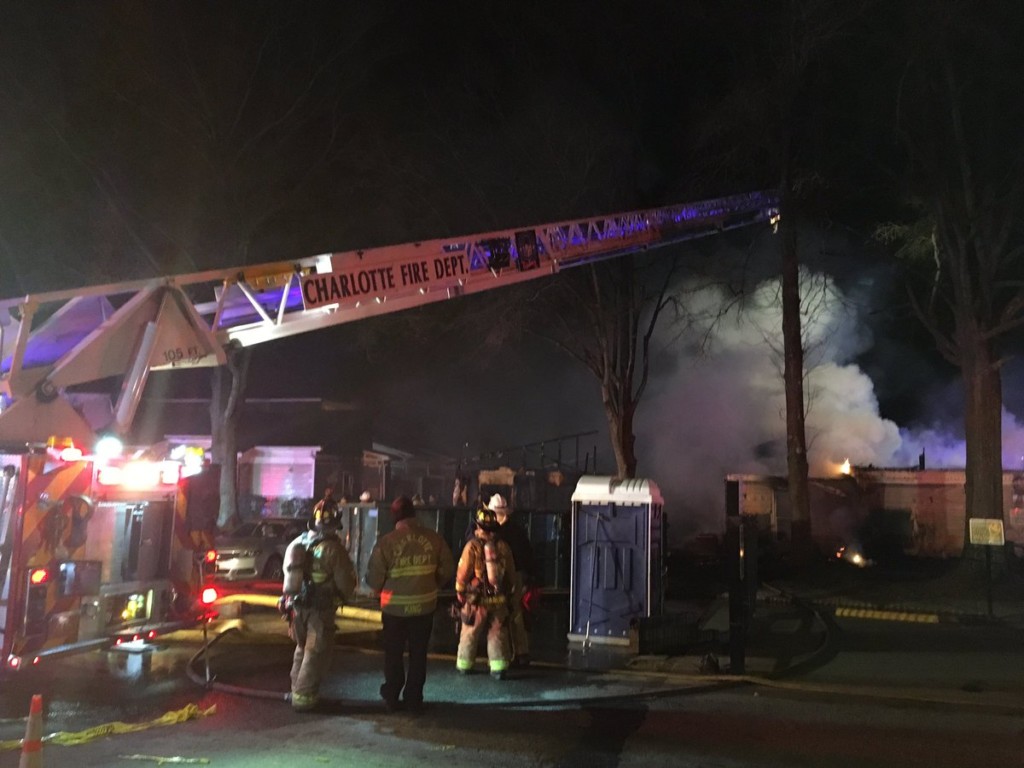 The fire was first reported around 4:30am at the Hunter’s Pointe Apartments on Prospect Drive. Officials say flames were coming through the roof when Charlotte Fire crews arrived, and immediately requested a second alarm.

Charlotte Fire says at least one person was inside the building when the fire broke out, but managed to escape unharmed.

It took more than 50 firefighters nearly an hour to bring the blaze under control. No injuries were reported, but five residents have been displaced as a result of the fire.

Investigators have not released any information on a possible motive or suspect. The investigation is ongoing.