LANCASTER COUNTY, SC — The Lancaster County Sheriff’s Office is trying to find a man they say committed multiple thefts at area churches on Sunday while services were underway. 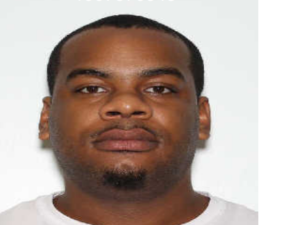 Warrants have been issued for 29-year-old Maurice Gibson, of Columbia, according to the LCSO. The warrants charge Gibson with Grand Larceny over $10,000.00, Breaking into Motor Vehicle (three counts), Petty Larceny Third Offense or Above (two counts), Possession of a Pistol by a Person Convicted of a Crime of Violence (two counts), and Financial Transaction Card Fraud (three counts).

Gibson is described as a black male, roughly six feet tall and 230 pounds. The Lancaster County Sheriff’s Office says they are working with the Richland County Sheriff’s Department to try and locate Gibson.

On March 10th, officials say a suspect, now identified as Gibson, broke into and stole from several vehicles throughout the area while church services were underway.

At New Hope Baptist Church on Lynwood Drive, officials say an unlocked 2003 Chevrolet 2500 with an attached trailer was stolen just after 12pm. Deputies say tools, a firearm and the truck’s stereo were later reported stolen when the vehicle was found abandoned in the woods off of New Hope Road several hours later.

The owner of a 2012 Chevrolet Impala at Crestview Baptist Church on Douglas Road also reported her car broken into around 12:20pm. Deputies say her cell phone was stolen from the center console.

At 1:30pm, a man told deputies his 2003 Honda Accord was broken into early Sunday morning during service. The victim says he found the glove box open and money missing from inside when he went to leave.

The last crime was reported around 2pm. Officials say a man reported his wallet, containing bank and identification cards, a pistol, and cassette tapes missing from his vehicle. The victim told deputies he noticed the missing items after returning home from services at Bethel Baptist Church on Bethel Road.

The victim’s wallet was later found on the ground near the truck and trailer stolen from New Hope Baptist, according to reports.

Investigators say they identified Gibson as the suspect using surveillance video from Crestview Baptist and a Dollar General in Kershaw where the he made purchases with the last victim’s stolen bank card.

“Now that Gibson has been identified and charged in these incidents, we hope someone who knows him will contact us or the local law enforcement agency with information on his whereabouts so he can be taken into custody,” said Sheriff Barry Faile. “Excellent work by our crime scene investigators led to Gibson’s identification. We are pleased we solved these cases so quickly for the victims. We appreciate the assistance we are getting from the Richland County Sheriff’s Department. Gibson has a history with the criminal justice system, and he needs to be jailed as soon as possible.”