CHARLOTTE, N.C. (News Release) — The Charlotte Hornets announced today that John Focke has been named the team’s new radio play-by-play broadcaster. Focke joins the Hornets after serving as the executive producer and studio host for the Minnesota Timberwolves radio network, as well as the radio play-by-play broadcaster for the WNBA’s Minnesota Lynx. 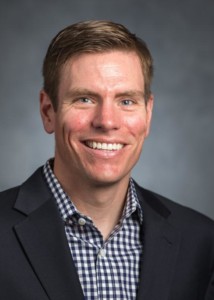 Focke, who was named the 2017 Minnesota Sportscaster of the Year by the National Sports Media Association, brings a wide array of sports broadcasting experience to the Hornets. As the executive producer and studio host for Timberwolves radio broadcasts since 2007, Focke hosted the team’s 30-minute pregame show, halftime show and postgame show. He has served as a co-host of the postgame radio call-in show on the team’s flagship station and has hosted the team’s podcast, WolvesCast. Focke was also responsible for the growth of the Timberwolves Radio Network, which now boasts 30 stations. The Minnesota native has been the radio voice of Lynx basketball since the 2012 WNBA season. Along with his radio responsibilities, Focke also hosted of Wolves Weekly, a 30-minute television show that airs on Fox Sports North.

“We are excited to have John join our Hornets family,” said Hornets President & Vice Chairman Fred Whitfield. “John has proven to be a very versatile, experienced and talented broadcaster during his time with the NBA and WNBA. His multi-faceted skill set is a perfect fit for our radio broadcasts and all across our digital platforms. We believe Hornets fans will really enjoy his play-by-play call, his perspective and listening to him on our radio broadcasts. We are pleased to welcome John to Charlotte.”

In addition to serving as the radio play-by-play broadcaster, Focke will have an active role across the Hornets digital and social media platforms. He will contribute in various ways to team content, projects and initiatives via hornets.com, the team’s broadcasts and in-arena activations.

“I am honored and thrilled to be joining the Hornets organization,” Focke said. “I look forward to connecting with the Hornets passionate and knowledgeable fan base. I’m excited to start sharing the stories of our players and this franchise.”

WFNZ (610AM/102.5FM) is the flagship radio station and the official radio home of the Hornets, broadcasting all of the team’s preseason, regular-season and postseason games. All Hornets games are also streamed on WFNZ.com and the Hornets App. Additional Hornets elements on WFNZ include a 30-minute pregame show, a postgame call-in show and a weekly 60-minute coaches show.

Hot in Hollywood: Inside America's Got Talent Investigation, John Krasinski Explains Sell of "SGN" to CBS, and Planet of The Apes Reboot