CHARLOTTE, N.C. — A suspect has been charged after CMPD says a woman was killed and a man was injured in a shooting at a southwest Charlotte hotel on April 28th. 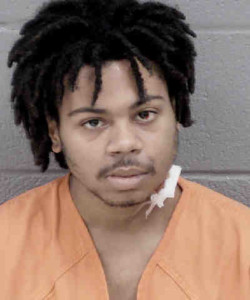 Khdaius Marshall, 23, was arrested Wednesday and charged with the Murder of 30-year-old Tyrena Inman, as well as Possession of a Firearm by a Convicted Felon.

The shooting happened around 8:51 pm on Sunday, April 28th at the Extended Stay on Yorkmont Road near Billy Graham Parkway.

CMPD Officers say they found Inman and a male victim suffering from gunshot wounds.  Ms. Inman was pronounced dead at the scene.

The male victim was transported to Atrium Health’s Carolina Medical Center where he was treated for a non-life-threatening injury.

Police say the investigation is ongoing and more information will be released as it develops.

This shooting marked Charlotte’s third homicide of the day and 43rd of the year.

Anyone with information about this incident is asked to call 704-432-TIPS and speak directly to a Homicide Unit detective.  Detective Dudley is the lead detective assigned to the case.  The public can also call Crime Stoppers at 704-334-1600 or visit the Crime Stoppers website.