Police say they arrested the man accused of exposing himself to children at bus stops across the Charlotte area.

Police asked the public to help them locate Henderson Thursday morning.  Within a few hours Henderson was taken into custody.  Read below for full details on the charges he faces.

Police need your help locating a man wanted for exposing himself to children at bus stops across the Charlotte area.

Detectives with the Charlotte-Mecklenburg Police Department have signed warrants against Eric Henderson.  Sergeant Catina Odom says Henderson, “exposed himself, his genital area, and/or masturbated in front of these children.” 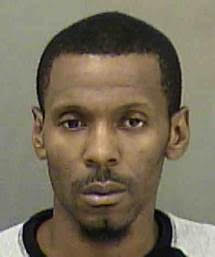 Anyone with information on Henderson’s whereabouts is asked to call 911 immediately or Crime Stoppers at 704-334-1600.  Callers may remain anonymous and may be eligible for a reward of up to $1,000.

CHARLOTTE, NC — The Charlotte-Mecklenburg Police Department is searching for a man accused of exposing himself to children at bus stops across the Charlotte area.

During a news conference Monday afternoon, police said eight children between the ages of eight and 18 years of age have been targeted so far. They believe the same suspect is responsible for at least six of those cases.

“In all of these cases, this individual has in some way exposed himself,” said Sergeant Catina Odom. “Exposed himself, his genital area, and/or masturbated in front of these children.”

Sgt. Odom says the suspect has not however, touched or physically harmed any of the victims at this time.

The crimes have been reported in multiple areas across the City of Charlotte. CMPD says in all the incidents, a man pulled up to a child who was alone at or near a bus stop.

WCCB talked to the latest victim, who is a 15-year-old student at Garinger High School.

She says she was walking home from her neighborhood bus stop on Barcliff Drive around 3pm on May 2nd when she noticed a man staring at her. The victim says he then made an inappropriate comment and started walking towards her while trying to offer her money.

That’s when she says she ran for her life.

“I ran and he said, I was just trying to give you 40 dollars to watch,” says the victim.

Police say all of the incidents happened in broad daylight, and most of them happened at or near a CMS bus stop. One incident was reported at a CATS bus stop.

CMS released the following statement on the investigation:

CMS has been today advised by law enforcement of criminal activities affecting students through a pattern of indecent behaviors. CMS takes any threats to the well-being, safety and security of students very seriously and the district will work with law enforcement on continuing and increased efforts to keep students in our community safe from predatory acts. CMS encourages all staff, families and students to maintain awareness of their surroundings at all times and to immediately report suspicious or inappropriate behavior. CMS will continue to work closely with law enforcement in this investigation and will respond to protect the safety of students as a top priority.

In all but two of the eight cases reported since February 1st, police say the suspect was described as a black male between 5’8″ and 5’10,” with short hair, a thin build and between the ages of 20 and 30. The suspect vehicle was also described as an older model four-door white sedan.

CMPD is asking parents to remind their children to be mindful of their surroundings and travel in groups when going to and from bus stops. Police say they will also be increasing patrols to show a greater presence in those areas.

Anyone with information is asked to call Crime Stoppers at 704-334-1600 immediately.