NEW YORK, N.Y. — Kemba Walker was the final All-NBA selection but all that matters is that he made it. By doing so, he became eligible to receive a five-year contract extension worth about $221 million from the Hornets if he opts to stay in Charlotte, a reward the NBA put in recently as further incentive to keep players with their current teams. 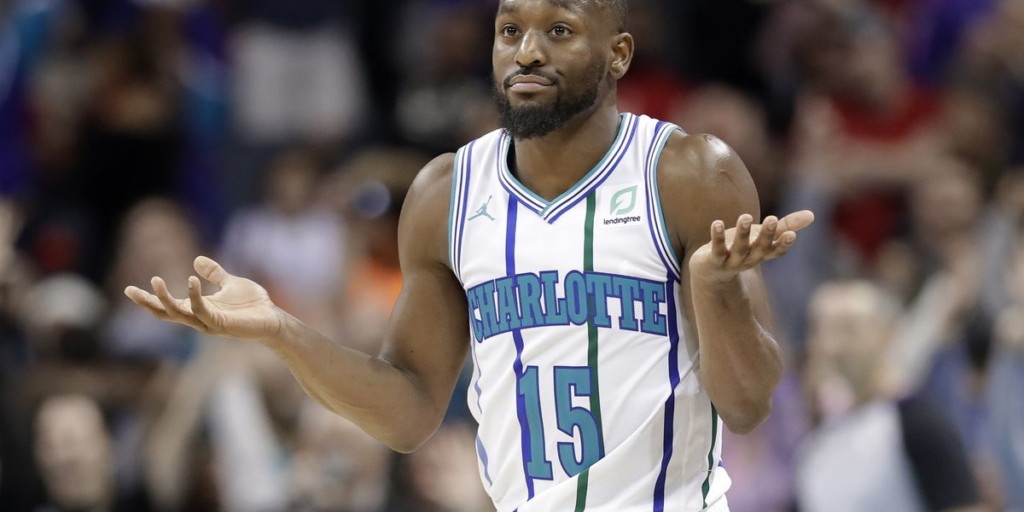 He averaged a career-high 25.6 points with 5.9 assists, 4.4 rebounds and 1.2 steals, while playing 34.9 minutes per game.  Walker set a career high and single-season franchise record with 260 three-point field goals, which ranked fourth in the NBA.

The Hornets could have offered him about $30 million less if he wasn’t selected and failed to earn the criteria for the largest possible contract.

Giannis Antetokounmpo and James Harden got the most votes, and Damian Lillard and Kemba Walker also were big winners when the All-NBA teams were announced.

LeBron James also was voted to the third team, tying the NBA record with his 15th All-NBA selection.

Rounding out the first team were Stephen Curry, Paul George and Nikola Jokic, who was Denver’s first All-NBA selection since Carmelo Anthony in 2010.

Antetokounmpo and Harden were unanimous selections, receiving all 100 votes from a panel of writers and broadcasters who had to choose two guards, two forwards and one center for each of the three teams.

Lillard, a second-team selection, can get more than $190 million over four years with a new contract in Portland.

Walker and Lillard can cash in with supermax contracts based on their selections to one of the three All-NBA teams that were announced Thursday.

Antetokounmpo will have his chance for a mega deal in Milwaukee after next season. He’s an MVP finalist who was also a first-team All-Defensive selection for a Bucks team that had the best record in the league and hosted Game 5 of the Eastern Conference finals later Thursday.

“It’s a pretty incredible season but he’s much more focused on tonight and getting ready to go,” Bucks coach Mike Budenholzer said.

Golden State’s Klay Thompson, Washington’s Bradley Beal and Minnesota’s Karl-Anthony Towns were also in position to cash in with those lucrative extensions, but none was an All-NBA selection.

James has been a lock for most of his career, but was no sure thing after an injury-shortened first season in Los Angeles. His streak of 11 consecutive seasons as a first-team player, a record he shared with Karl Malone, came to an end. He did, however, make his 15th consecutive appearance on the All-NBA roster — joining Kobe Bryant as the only players to make that many teams in consecutive fashion. The 15th All-NBA nod also tied James with Bryant, Kareem Abdul-Jabbar and Tim Duncan for the most in league history.

The second-longest active streak now belongs to Curry, who’s been on each of the past six All-NBA teams. That means he wouldn’t be able to catch Bryant and James’ longevity mark until 2028.

Philadelphia center Joel Embiid led the second team that along with Lillard included Kevin Durant, Kawhi Leonard and Kyrie Irving. Leonard was also a second-team selection to the All-Defensive team in his first season in Toronto.

“He seemed to cruise to 30 points a lot of nights,” Raptors coach Nick Nurse said. “Thirty is a lot in this league. That’s why I kept saying that it just feels like there’s another gear with this guy that we’re going to see.”