Westwood pled guilty to misuse of 911 system and two counts of simple assault.  Judge Cureton sentenced her to 12 months of unsupervised probation.  Westwood was also ordered to pay court costs.

Westwood must continue to participate in community support meetings and any after-care alcohol programs recommended as a result of her substance abuse assessment, according to a news release.

The judge also ordered her to actively participate in meetings of the White People Caucus, a group organized by Organizing Against Racism to encourage participants to examine and deconstruct internalized racial superiority and develop a deeper awareness of the power and privilege, according to a news release.

She is also required to attend an October conference hosted by Race Matters for Juvenile Justice.  She was ordered to have no contact with the victims unless that contact is in the realm of a therapeutic or legal setting.

Read below for more details on the case.

Susan Westwood, the woman also known as SouthPark Susan, had a court appearance in reference to the charges she faces following a viral video that shows her harassing two women in south Charlotte.

Westwood refused to answer any of the reporters questions outside the Mecklenburg County courthouse and continued to say she was represented by counsel.

Westwood has been charged with four criminal summons due to her actions in the video.  Read below for more information on the case and to see the original video that went viral on social media.

Susan Westwood, the woman also known as SouthPark Susan, had a court appearance in reference to the charges she faces following a viral video that shows her harassing two women in south Charlotte. For more details on the case click here: http://ow.ly/XIXf30nLOyT

Investigators say Susan Westwood a.k.a. “South Park Susan” has turned herself in to the Sunset Beach, NC Police Department. 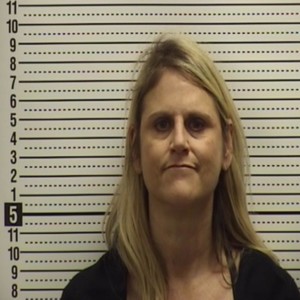 Westwood was transported to the Brunswick County Sheriff’s Department where she was served with an outstanding misdemeanor warrant and four criminal summons.

The Charlotte-Mecklenburg Police Department has released audio from the 911 calls made on the night Susan Westwood harassed two women in the parking lot of a south Charlotte apartment complex.

After listening to the 911 calls, Charlotte-Mecklenburg Police Department South Division officers signed a misdemeanor warrant for misuse of the 911 system against 51-year-old Susan Jane Westwood on October 30th, 2018.

On October 19th, 2018, Ms. Westwood contacted 911 to falsely claim that individuals near here residence were attempting to break into nearby residences in the 8800 block of Fairview Road.

Arriving officers were unable to locate Ms. Westwood; however, they did speak with the victim.  There were a total of three 911 calls placed on October 19th for this incident that resulted in the now viral social media video.  Two of the 911 calls were placed by the victim and one was placed by Ms. Westwood.

Officers attempted to serve the warrant on Ms. Westwood on October 30th but were unable to locate her.

In addition to the misdemeanor warrant for her arrest, there were four criminal summons’ that were issued for Ms. Westwood that were signed by the victim.

Anyone with information on the whereabouts of Ms. Westwood is asked to contact 911.

CHARLOTTE, N.C. – “What are we talking about tonight, being hot, being beautiful, being white? My new weave?” Those words, from a woman named Susan Westwood. Now, Westwood’s not talking about anything. She hasn’t responded to WCCB’s requests for comment.

She is seen harassing two African-American women in a parking lot on October 19th in what Westwood calls the Myers Park / SouthPark area, saying at one point, “Want me to bring out my concealed weapon, too? This is North Carolina, by the way.”

Westwood has now been dubbed “SouthPark Susan” on social media after the video Mary Garris recorded went viral. Garris was visiting her sister Leisa at her south Charlotte home at the the Camden Fairview Apartments that night, and says when Mary went to leave, her car wouldn’t start.

“I had just called AAA, but had to end the call,” says Leisa Garris.

“We are so distraught and still very upset about what has taken place, only because of the color of our skin,” says Mary Garris.

51-year-old Westwood has been fired from her job at Spectrum Enterprise. A spokesman for parent company, Charter, tells WCCB, “The incident recorded in Charlotte is a blatant violation of Charter’s code of conduct and clearly disregards the company’s commitment to inclusion and respectful behavior. As such, Ms. Westwood’s employment with the company has been terminated, effective immediately.”

Mary Garris says, “It’s so upsetting to know that today, we still have this overt racism that’s going on in 2018.”

Leisa and Mary say they’d never seen Westwood before that night. They hope their video brings awareness. They did call the police that night. A CMPD officer came out and filed an incident report. There are now four criminal summons for Westwood. We are waiting to hear back about why she hasn’t been served yet. Meantime, the Garris sisters have hired an attorney.

MOUTH DROPPING VIDEOS…Never thought this would happen to my sister and I right here in Charlotte, NC (Southpark/Myers…