The Amber Alert out of Bladen County has been cancelled.  Reports say the child was found unharmed at a bus stop and the child’s mother, Juanita Askew, is in police custody.  We are working to get more information at this time.  Check back for updates.

BLADEN COUNTY, N.C. — Authorities in Bladen County, North Carolina are searching for a missing four-month-old who was taken from a daycare Monday.

Authorities say four-month-old Lonnisha Renee Askew was in the custody of Columbus County Deparment of Social Services, and had been placed in a Bladen County foster home.

The child’s mother, Juanita Askew, who was not allowed unsupervised visits, went to the daycare facility and grabbed the infant around 5 p.m., Monday afternoon, before fleeing. 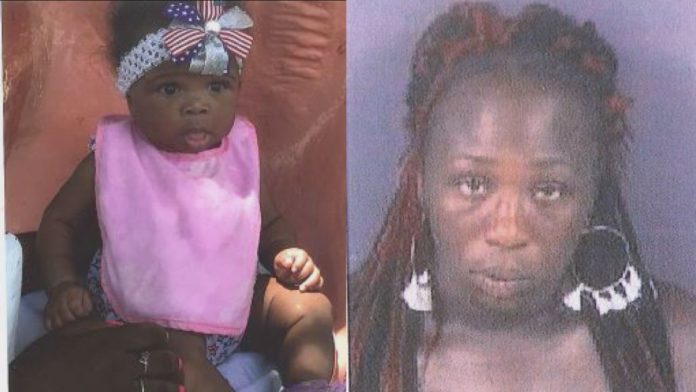 According to the Bladen County Sheriff’s Office, the child, Lonnisha Askew, was last seen wearing a green and pink “onesie” with circle designs. She  has a surgical scar on her abdomen and needs special foods and care due to a birth defect. The child also has a cyst over her right eye and a red birthmark on the back of her head.

Officials say Juanita Askew should be considered dangerous, as she has violent tendencies and abrupt mood swings.

Anyone with information is asked to call the closest law enforcement agency or the Bladen County Sheriff’s Office at 910-862-6960.