LITTLE ROCK, Ark. — Offensive lineman Mitch Petrus, a walk-on at Arkansas who went on to a three-year NFL career that included a Super Bowl win with the New York Giants, has died. He was 32. 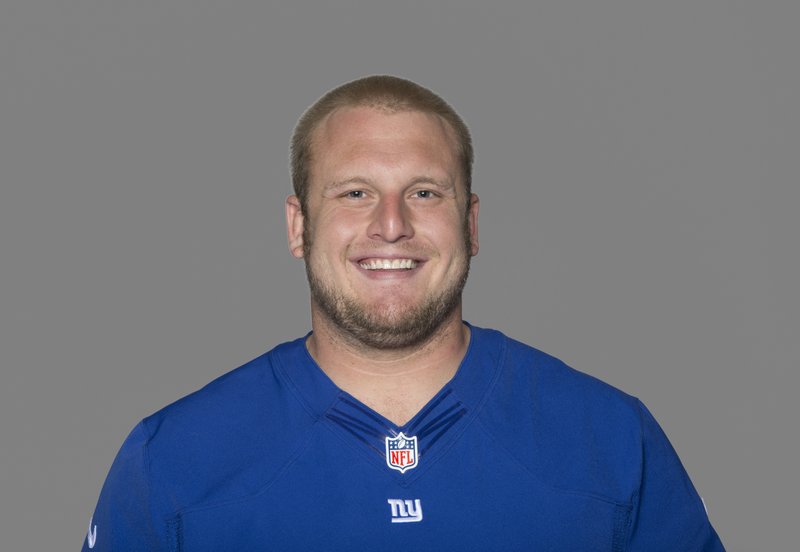 Like much of the country, Arkansas is in the grips of an intense heat wave. In Lonoke County, where Petrus was working, the heat index on Thursday made it feel like it was than 100 degrees (38 Celsius) outside, according to the National Weather Service.

He was drafted by the Giants in the fifth round in 2010 and got into 11 regular-season games his rookie year, with no starts. In his second season, Petrus played in six regular-season games, starting three of them, as the Giants went on to win the Super Bowl. He played six games for the Giants the following season before being released. He was picked up by the New England and played two games for the Patriots before being released. Tennessee then signed him and he played two games for the Titans before the team released him the following March.

After retiring from the NFL in 2013, Petrus returned to Arkansas, where he was well-known and often appeared as a studio analyst and sidelines reporter during televised high school football games. He also had an interest in politics, serving as Republican state Sen. Dismang’s chief of staff during the Legislature’s 2018 session, when Dismang was the chamber’s president.

“With his energy and how positive he was, he was just a perfect fit for that session,” Dismang said Friday.