A man arrested 42 times in Mecklenburg County, that was wanted for cutting off his electronic monitoring device, has been arrested in Miami, Florida on human trafficking charges.

Miami-Dade Police say Jamil Graves, his twin brother Jaleel Graves and China Blount were arrested in the parking lot of a hotel in Miami Springs on May 31, 2019. 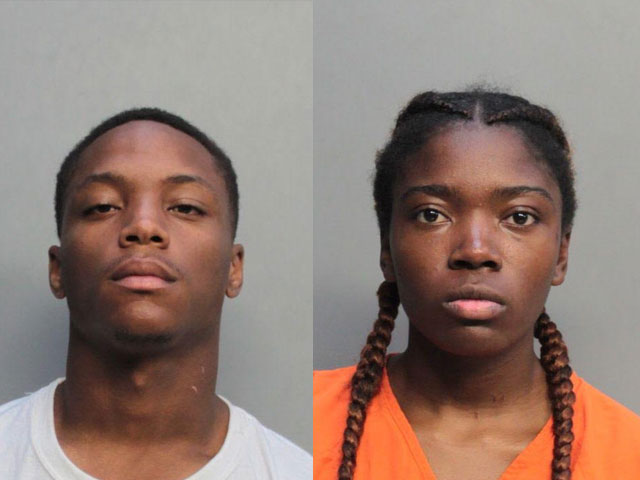 *All the information below is listed in a police report:

The crime spree reportedly started when the Graves brothers and Blount went to the grandmother’s home of Jamil’s ex-girlfriend in Charlotte and told her she had to go to court with Jamil.  Once the ex-girlfriend got in the vehicle, she claims Jamil cut off his electronic monitoring device and told her they were going to Atlanta.

After reportedly being forced to go on a date for money, the ex-girlfriend claims her and Jamil got into an argument in a parking lot because she refused to continue to prostitute.  During the argument, Jamil is accused of strangling his ex-girlfriend.

The two brothers allegedly started arguing because Jaleel said Jamil was being too loud.  The ex-girlfriend reportedly took this an an opportunity to run away so she allegedly kicked open the back door and ran to a nearby police officer for help.

The officer says a distraught woman approached him and said her ex-boyfriend just choked her.  After telling the officer the full story, detectives went searching for the brothers and Blount.

After during surveillance at the hotel where the group was staying, officers were able to take the Graves brothers and Blount into custody.

The three suspects are facing a slew of charges including kidnapping and human trafficking.  Jamil and Jaleel will be extradited to Charlotte to face outstanding felony charges in North Carolina.

CHARLOTTE, NC — The Charlotte-Mecklenburg Police Department is looking for a repeat offender they say cut off his court ordered ankle monitor in May. 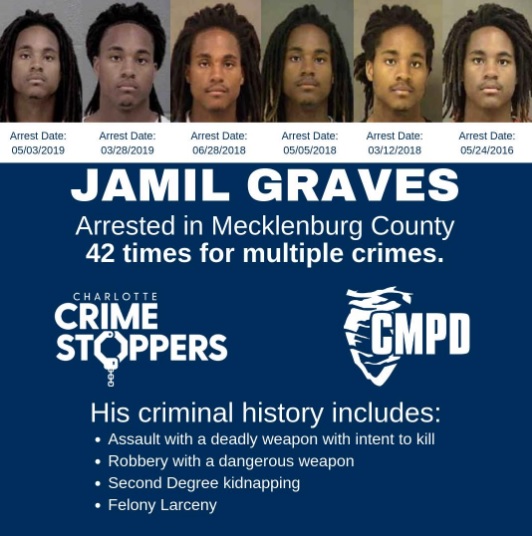 Jamil Graves, 25, has been arrested 42 times in Mecklenburg County, according to CMPD. His charges have included Assault with a Deadly Weapon with Intent to Kill, Robbery with a Dangerous Weapon, Second-Degree Kidnapping and Felony Larceny.

Jail records show his criminal history dating back to 2016.

Officials say Graves was last known to be in the area of Camp Greene Street in west Charlotte when he cut off his monitor on May 25th.