CHARLOTTE, NC — The 2019 FIFA Women’s World Cup Champions will face off against Korea Republic at Bank of America Stadium this October as part of a five-game U.S. Women’s National Team Victory Tour presented by Allstate. 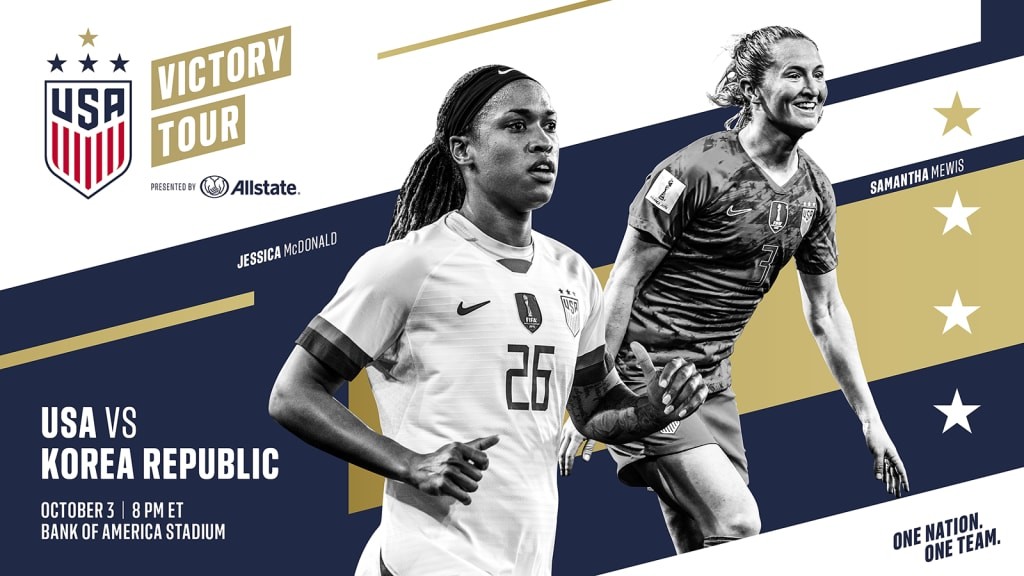 The match will take place on Thursday, October 3rd at 8pm. Pregame coverage will begin at 7:30pm.

The Charlotte game will be one of the final two matches played as part of the five-game tour. According to the team’s website, the USWNT has not played in the Queen City since April of 2000 when they faced off against Iceland in the run-up to the Sydney Olympics.

Tickets for the October 3rd Victory Tour game in Charlotte will go on sale to the public Thursday, August 8th at 10am.

They can be purchased at the Carolina Panthers Ticket Office located between the South and East Gates of Bank of America Stadium M-F 8:30am to 5:30pm. There will be an eight ticket limit for box office sales.

Tickets will also be available for purchase at USSoccer.com. Groups of 20 or more can order directly from that site beginning Friday, August 9th at 10am.

See below for the full USWNT Victory Tour schedule and where to watch:

The USWNT will return to North Carolina when they participate in the National Women’s Soccer League Championship game in Cary on October 27th. Tickets for that are currently on sale and can be purchased at Ticketmaster.com.