BATON ROUGE, La. (AP) — A heavily-tattooed man, who feared his facial art might affect his chances at a fair trial, has been convicted of two slayings.

Authorities were able to tie Bottoms to the killings after dashcam footage showed a deputy helping him when his vehicle ran out of gas. It’s believed the video was taken shortly before the shootings occurred.

BATON ROUGE, La. (AP) — A defense attorney for a man charged with murder wants jurors who won’t judge his client because of his face and neck tattoos, which include devil horns and skull teeth.

The Advocate reports that most of the potential jurors attorney Jarvis Antwine spoke with Monday said they don’t have a problem with William Bottoms Jr.’s tattoos. 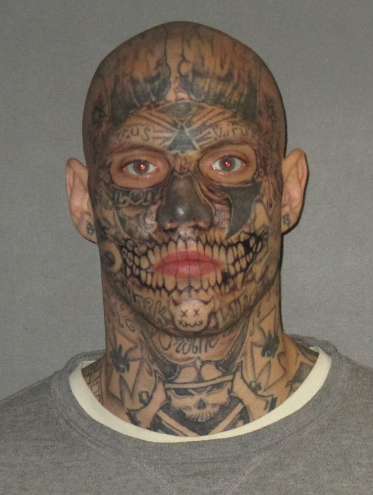 Bottoms is charged with second-degree murder in the 2017 deaths of two men.

Megan Marie Gaylord was his girlfriend and is scheduled to testify for prosecutors. She told investigators that the four of them did drugs together before a paranoid Bottoms killed the men.

Bottoms’ twin brother was killed in April by Mississippi authorities trying to arrest him for being a felon in possession of a gun.