The newly formed system is not a threat to land. 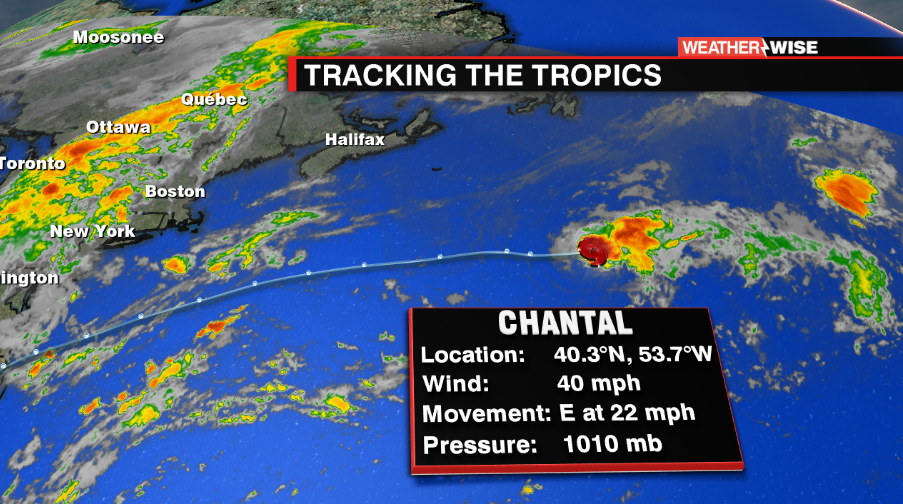 CHARLOTTE, N.C – The tropics are quiet no longer. As of the 11 PM tropical update from the National Hurricane Center (NHC) in Miami, Tropical Storm Chantal has formed in the northern Atlantic, well away from land. As per the last update, Chantal is located about 1000 miles east of New York City and 800 miles northeast of Bermuda.

With a core wind strength of 40 miles per hour, Chantal is expected to maintain its current intensity as it continues its eastward journey deeper into the Atlantic over the coming days. The NHC is calling for the fledgling storm to turn south before stalling out by the end of the week.

Although Chantal is small in size and is not expected to be any threat to land, the storm is notable because it is the first-named system to form in the Atlantic Basin in the past 41 days. Barry, which formed on July 11th, was the last-named storm to form during the 2019 Atlantic Hurricane Season. Despite an above-average forecast from the NHC, it has been relatively quiet in the Atlantic, as only three named storms have formed thus far.  In fact, the 2019 season went from July 15 to August 19th with zero named storms – the first season to do so since 1982. It should be noted, however, that we are approaching the peak of hurricane season and that 80% of all Atlantic-based hurricanes form after August 1st. An average season has 10-12 named storms and roughly six hurricanes from May 1st to November 30th. Will Chantal be an outlier in a quiet season, or is this just the beginning of an active trend? Stay tuned! 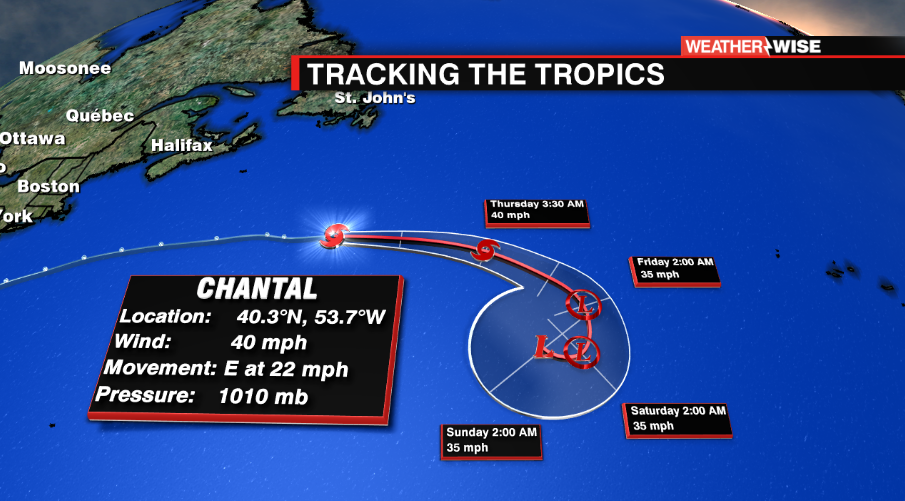