LANCASTER COUNTY, S.C. — A Lancaster County man has been charged after authorities say he attempted to rob a local pharmacy with a knife.

According to the Lancaster County Sheriff’s Office, 63-year-old Gary Thomas Broome entered the CVS on Great Falls Highway, approached a pharmacy technician with a kitchen knife, and demanded she given him all the Percocets. 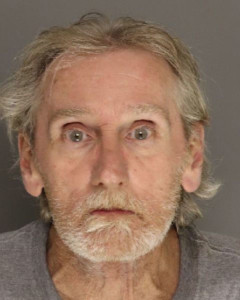 Broome then put the knife on the counter and walked out of the store without getting anything.  Deputies responded to the area and found Broome walking on Great Falls Highway before arresting him.

Broome was charged with Armed Robbery and Possession of a Knife During Commission of a Violent Crime.

“The employees of CVS, and particularly the pharmacy technician, handled this stressful incident very well,” said Sheriff Barry Faile. “They were observant and provided us a very good description of the robber, and our deputies were there almost instantly and were able to get Broome into custody within minutes. Despite Broome’s
flippant attitude during this incident, armed robbery is serious business and will be dealt with accordingly.”