The City of Charlotte’s website still has Black listed as the chairperson but has added the word “inactive” next to his name.

Police took Black into custody in Myrtle Beach, South Carolina after warrants were signed against him in Charlotte.  Read below for more details on the charges he faces.

CHARLOTTE, N.C. — Investigators with the Charlotte-Mecklenburg Police Department say they have charged the chairperson for the City of Charlotte’s Citizens Review Board with sexually assaulting two victims over a 22-year span.

On September 3rd, one of the victims, who is now an adult, reported to police that she was sexually assaulted and identified Henry Black, Jr. as a suspect. 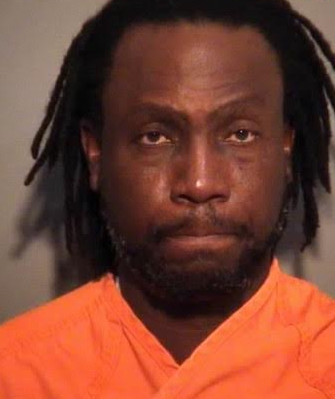 “It doesn’t matter who you are, no one is above the law,” said Chief Deputy Gerald Smith.

During the course of the investigation, another victim, who is also an adult, also told investigators that she was sexually assaulted by Black.  Police say the sexual assaults began when the victims were children and continued over a 22-year span between 1996 and 2018.

Black was arrested this morning in Myrtle Beach, South Carolina.  He has been charged with multiple counts of statutory rape, statutory sex offense, indecent liberties with children, child abuse-sexual act, and incest.

Black has been part of the Citizens Review Board since 2014.  He is also a co-founder of the Genesis Project 1, Inc.  The website for the foundation says their goal is to provide a professional and confidential setting for the psychological, emotional, and developmental support of families.

“Genesis Doors are open, continuing to provide services we always have,” said Garcia Nelson, a psychologist with Genesis Project.

He’s been with the organization for about five years. He didn’t have a reaction to Black Jr’s arrest.

“I didn’t really have a response, you know, I mean,” said Nelson.

He says Black Jr. hasn’t had any involvement with the organization since 2008. Yet, Black Jr’s picture and bio were on the organization’s website on Thursday. The site was eventually taken down after our questioning.

“Whatever he’s been doing since the 90’s is on him, that ain’t been on us so we wouldn’t know anything about that,” said Nelson.

Police believe there could be more victims in this case.  If you are a victim, CMPD asks that you please call Detective O’Dell directly at 704-336-4466.  The public can also leave an anonymous tip by calling Crime Stoppers at 704-334-1600.

Police also believe that the victims told several people about Black’s actions over the past years but none of those people reported it to authorities.  An investigation is currently underway to see if charges should be brought against those individuals.

“There are those who had a duty to report by their position. I’ll say that,” said Smith, “detectives are really looking into that really hard and heavy right now.”

Per city ordinance, a Citizens Review Board member charged with a felony, a Class A1 misdemeanor, a Class 1 misdemeanor, or a Class 2 misdemeanor during a term of office shall be automatically suspended until disposition of the charge, and a quorum shall be established from the remaining membership.

Mr. Black was a 2014 city manager appointee to the Citizens Review Board and has served on the board since.

Per a Charlotte City Council resolution on boards, criminal background checks are required for nominees of the Citizens Review Board. There was nothing from Mr. Black’s background check that would disqualify him from serving on the board.

You can watch CMPD’s full news conference on the arrest below: