Want To Help Victims Of Natural Disasters? Vote For NCDOT

RALEIGH, NC – The N.C. Department of Transportation is asking North Carolinians to help the victims of recent hurricanes and other disasters, and all people have to do is go online and vote in a contest. 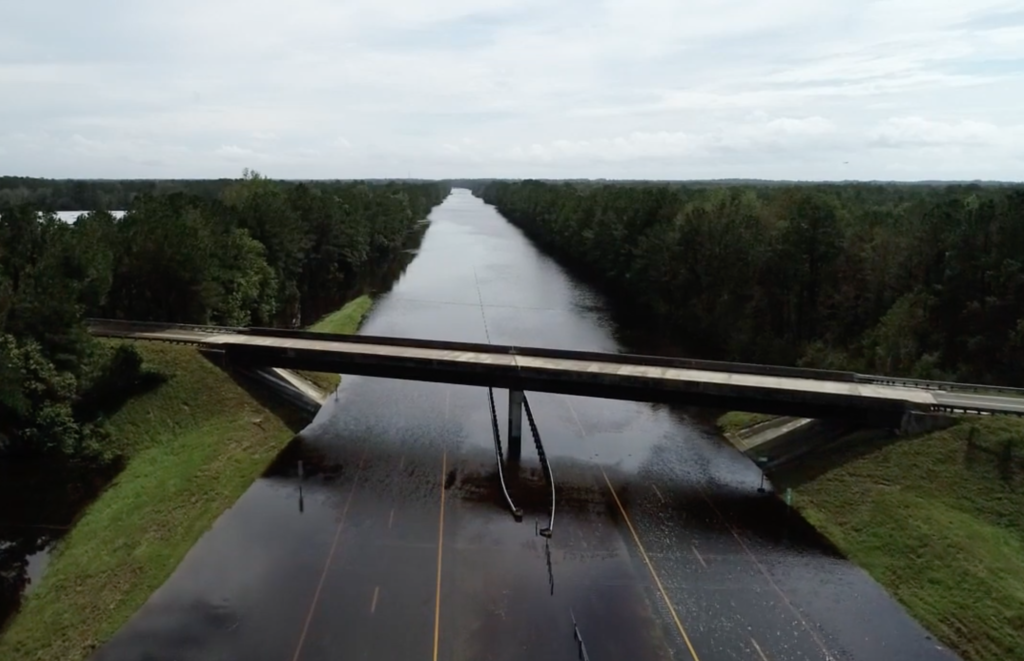 Drone Image of I-40 after Hurricane Florence

NCDOT was named a “Top 12” national finalist in this year’s America’s Transportation Awards for the agency’s use of drones tin response to Hurricane Florence. One prize the finalists can win is the People’s Choice Award, which is determined by an online vote from the public.

The top vote-getter wins $10,000 toward the charity they choose.

“Drones likely helped us save lives after Hurricane Florence and are certainly deserving of this award,” Secretary Jim Trogdon said. “I’m asking people to go online and vote for our state’s drone response. If we win, we will donate the prize money to the North Carolina Disaster Relief Fund to help victims of Hurricanes Florence, Dorian and other natural disasters.”

NCDOT used drones after Florence to capture more than 8,000 videos and photos, used to help direct traffic away from flooded roads, establish detour routes and spread the message about the storm’s impacts and dangers to the public.

As part of the People’s Choice Award, people can vote once a day per device, every day, until the competition closes at midnight Oct. 6.

Winners will be announced at the AASHTO annual meeting Oct. 7 in St. Louis.

In addition to the People’s Choice Award, the finalists are eligible for a Grand Prize, awarded by a panel of judges.