The CMPD is asking the public for assistance locating a man who has been identified as a suspect in a northeast Charlotte sexual assault.

Taequan Carter, 27, is wanted by police for a sexual assault that occurred at the Mallard Creek Greenway on November 3rd, 2019.  Police say they believe Carter may be in  Rhode Island, Massachusetts, or Florida.

Carter may be traveling with his girlfriend, Elizaveta Markovetc, in a dark colored, two door Honda Civic with North Carolina license plate EKN3274.

Anyone with information regarding the location of Carter or his girlfriend is asked to immediately call 911 or Crime Stoppers at 704-334-1600.  Up to $1,000 is being offered for information that leads to Carter’s arrest.

CHARLOTTE, NC — Detectives with the Charlotte-Mecklenburg Police Department are investigating after a woman was reportedly raped and robbed on a northeast Charlotte greenway over the weekend. 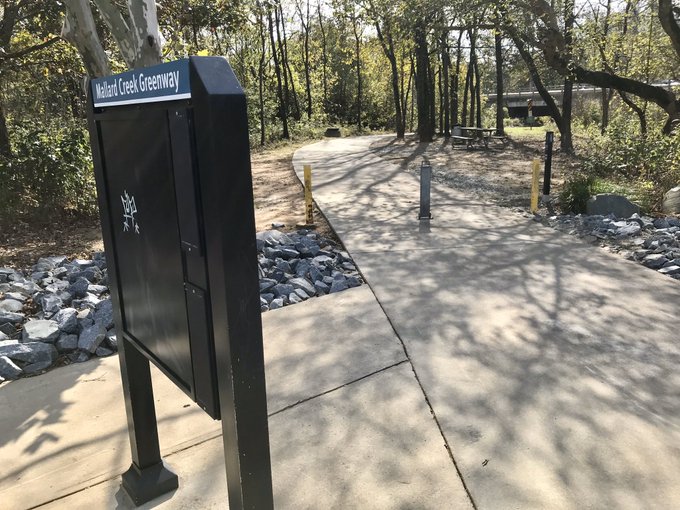 “That’s a very unfortunate event,” said Montario Hardesty, who walks the greenway regularly, “I hope that the young lady is fine.”

A man reportedly approached the victim from behind and pulled her to the ground before strangling her until she passed out. He then proceeded to sexually assault her, police say, and took her cell phone before taking off.

Police say the suspect is described as a black male, around six feet tall, weighing about 200 pounds and wearing a black hooded sweatshirt with black pants.

“That do shock me because It’s close to the university,” said Tony Lucas, who also walks the greenway routinely.

.@CMPD is looking for a man accused of sexually assaulting, strangling and, robbing a woman on a Charlotte greenway Sunday afternoon. #WCCB pic.twitter.com/A2X72GZ9bK

On Sunday, September 15th, police say another assault was reported on the same greenway.

That incident happened around 5:30pm when the victim says a man grabbed her from behind while jogging and struck her in the face and body several times. The victim was able to pepper spray the suspect, police say, which caused him to flee the scene.

The suspect in this case is described as a Hispanic male, around 5 feet 7 inches tall, weighing roughly 180 pounds, with a bald head, a patch of hair below his lower lip. He was last seen wearing a black long sleeve t-shirt, jeans, and a gold square pinky ring.

Police say he may also have a tribal like tattoo on the right side of his neck.

Detectives say they are actively investigating both of these incidents and searching for the described suspects. CMPD also plans to increase patrols on the greenway the rest of this week and this weekend.

CMPD says runners should consider the following safety tips before heading out:

Edge On The Clock: Some Netflix Users OK With Paying More For Subscription