UNC Charlotte Has Proposed A $1 Million Memorial For Shooting Victims

CHARLOTTE, N.C. — In the wake of the shooting at UNC Charlotte last April a committee was formed that has proposed a $1 million memorial to honor the victims.

The commission at UNC Charlotte recommended creating a “significant, focal memorial and commemorative space” in Belk Plaza, between the front of the Kennedy building, where the shooting occurred, and a recently completed ellipse and fountain, reports say.

In a final report released on January 7th by the university, the Niner Nation Remembrance Commission recommended that the memorial recognize victims by name and acknowledge those who were wounded, “both physically and psychologically. ” 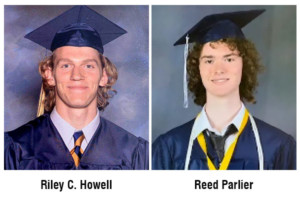 Howell has been remembered across the nation for his bravery as he took on the shooter and suffered being shot three times in the process.

The report from the committee also suggests that the classroom where the shooting occurred and the adjoining classroom “should be reconfigured and repurposed” to no longer serve as classrooms.

There was no recommendations on how the classroom should be used at this time, but it has been suggested that a contemplative space be created in the Kennedy building including a “documentary plaque acknowledging the events of April 30, 2019.”

A final design should be announced with a groundbreaking scheduled for April 30, 2021, the committee recommended, with the memorial unveiled and dedicated on April 30, 2022.

A series of exhibits should be displayed in remembrance of the events of April 30, 2019, and a Day of Remembrance should be held each of at least the next three years, the committee said.

The gunman, Trystan Andrew Terrell, entered a guilty plea last year as part of a deal which will keep him behind bars for life without the possibility of parole to avoid the death penalty.