BURKE COUNTY, N.C. — Brandy Nicole Davis turned herself in to the Burke County Magistrate on Friday afternoon after not appearing for sentencing in regards to her involvement in a 2016 double murder.

Davis is being held at the Burke County Jail under no bond.

According to a release, her first court appearance is scheduled for February 17.

BURKE COUNTY, N.C. — A woman who was set to appear for sentencing at the Burke County Superior Court on Wednesday for her alleged involvement in a 2016 double murder did not show. Burke County Deputies are asking for the public’s help in locating her.

Brandy Nicole Davis, 35, along with Scott Hemphill, Brian Robinson and Icey Gooden were arrested for their involvement in the murders which were reported on September 18, 2016. 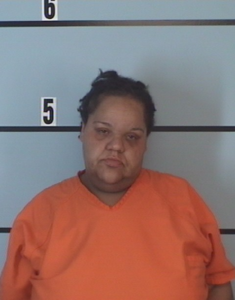 According to a news release, Davis has been charged with two counts of felony accessory after the fact and failure to appear.

Davis is described as a black woman with black hair and brown eyes. She is 5’7″, weighing 230 lbs.

If Davis is seen deputies suggest contacting them directly and never attempting to approach a fugitive.

Anyone with any information is asked to call the Burke County Sheriff’s Office at 828-438-5500 or Morganton/Burke Crimestoppers at 828-437-3333. All Crimstoppers tips are anonymous and anyone with information leading to an arrest may receive a cash reward.

How Do You Handle Sending A Text To The Wrong Person?