CONCORD, N.C. — He’s a controversial pastor linked to six violent crimes.  Timothy Crumitie is currently serving life in prison for two of them.  But, he’s still a prime suspect in four other homicides, one of them dates back 15 years.

Danny Johnson owned a Kannapolis flooring company.  Crumitie worked for him.  In 2005, Johnson was found shot to death near Mallard Creek Road.  Investigators say he was last seen at a Charlotte bank with Crumitie.  Johnson’s family members say he loaned Crumitie $5000 to pay off a debt.

Crumitie was charged with Johnson’s murder.  He spent five years in the Mecklenburg County Jail.  He was released because of a lack of evidence. 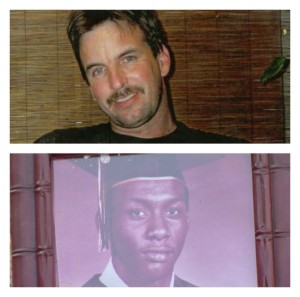 8 years later in Concord, Crumitie’s wife Sharon, and James Blanks, a neighborhood handyman, were found shot to death inside Crumitie’s garage.  Crumitie said Blanks shot and killed his wife during a robbery, and then, he shot and killed Blanks.  Blanks’ sister never believed that story.

“My brother is not a robber, and he is not a killer,” says Rochelle Blanks.  “I want the truth to come out, I want his name cleared, and I’m gonna keep on working on it, if I have to do it by myself,” she says.

Crumitie was never charged in the deaths of his wife and Blanks.  Concord Police issued this statement about the case.

“The case we have in regards to the 2013 incident remains open and active, and Crumitie has been under suspicion in these deaths shortly after the incident occurred.  We feel, and have for a while that he is criminally responsible for the death of this wife and James Blanks.  However,  although we have made progress in the investigation, we are short of where we would like to be before we would decide to formally charge him.” says Concord Police.

If you have any information about any of these unsolved cases, call police.