CHARLOTTE, N.C. — The CMPD is asking for the public’s assistance in locating Robert Vaughn who is wanted for disabling his electronic monitor. 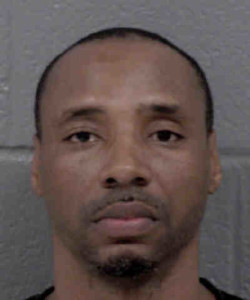 Vaughn, 40, is wanted for three counts of Larceny of a Motor Vehicle, Damage to Property and Interfering with an Electronic Monitoring Device.

Vaughn was court ordered to wear an electronic monitoring device as a condition of his pre-trial release. He was last known to be in the area of North Myrtle School Road by Oliver Street in Gastonia on February 8.

According to police, Vaughn has been described as 5’11” and 180 pounds.

Anyone with information on the whereabouts of Robert Vaughn, should immediately contact the Electronic Monitoring Unit at 704-432-8888, option #3, call 911 or go to www.charlottecrimestoppers.com.

Pets Available For Adoption At The Humane Society of Charlotte

Hot in Hollywood:Matthew McConaughey Plays Bingo with Senior and "The Nanny" Cast do Virtual Table Read