BURKE COUNTY, N.C. — Burke County detectives have charged a woman with embezzling over $26,000 from a non-profit organization.

According to a news release, the sheriff’s office received a package from the International Cesarean Network (ICAN) on February 7 stating that their former treasurer, 39-year-old Mychel Pendley Hefner, had been misusing funds. 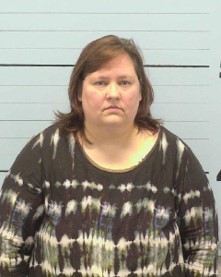 ICAN provided the detectives with numerous items showing evidence that she had taken approximately $26,119 from the company that works to improve maternal-child health.

Detectives interviewed Hefner who admitted to misusing funds. She has attempted to pay back some of the money.

Hefner stated that she admitted this to the board of directors and advised them she would pay back the funds.

Hefner has been charged with Felonious Embezzlement of Property, a news release stated.

She appeared before the magistrate and was given a written promise to appear with a first appearance court date of February 12.