CHARLOTTE, N.C. — A southwest Charlotte robbery suspect is accused of using pepper spray on several employees during an armed robbery at a pharmacy, according to the Charlotte-Mecklenburg Police Department. 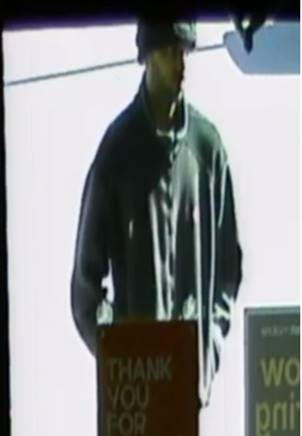 The suspect can be seen on surveillance footage watching people outside the surrounding businesses, according to a news release.

Police say the suspect pulled a mask over his face and entered the business just before 1pm.  During the course of the robbery, the suspect is accused of spraying several employees with pepper spray, according to a news release.

WCCB talked to the pharmacist who was working. He says the masked perp screamed at him, ‘give me all the oxymorphone’.

Oxymorphone is a pain reliever used to treat moderate to severe pain. With risks of opioid addiction, abuse and misuse.

The store has added extra security precautions like this doorbell for customers to ring before they come inside.

The suspect is described as a white man who is approximately 5’7″-5’10” tall.  He was last seen wearing dark jogging pants, a black and gray fleece jacket and dark-colored shoes.  The suspect was also wearing a black mask and white gloves during the robbery, according to a news release.

Anyone with information on this robbery is asked to call 911 immediately.