Reed told deputies that he was traveling to Tennessee.  The deputies made sure that Reed was appropriately dressed for the weather and verified that he was in good health.

Deputies contacted Reed’s mother and told her he had been located and was not in distress.

Officials say Reed was removed from the National Crime Information Center and allowed to continue on his trip to Tennessee.

WOODLEAF, N.C. — The Rowan County Sheriff’s Office is asking for assistance with locating a missing man. 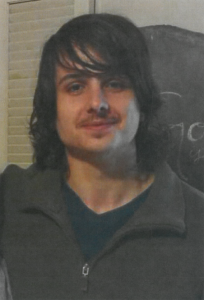 Reed’s mom, Anna Reed, reported her son as missing on Tuesday, a news release said. He has been diagnosed with schizophrenia and has previously left home before but returned within 24 hours, his mom said.

Austin’s family has checked locations in the area of their residence, but have not been able to locate him.

There has been a reporting of a sighting of Austin on Foster Road, walking towards Cleveland at about 4 p.m. on Sunday.

The person that saw Austin offered him a ride. Austin then told this person he was headed to Tennessee. It was reported that he has a sister that lives in Sparta, Tennessee.

He has being described as 5’9″, 145 pounds with both brown hair and eyes. He was also last seen wearing a khaki jacket, blue jeans with paint speckles on them, a long sleeve T-shirt and tie-up boots.

Reed has been entered into NCIC as a Missing Person. Please contact the Rowan County Sheriff’s Office at 704-216-8700 or your local 911 if you have information as to the location of Austin Scott Reed.