RALEIGH, N.C. (AP) — Actor and activist Mark Ruffalo has visited North Carolina to push for policies to eliminate chemical pollution from industrial products, like those discharged into the Cape Fear River for years. 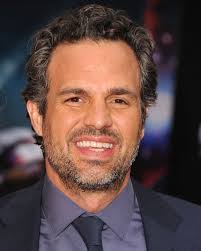 Ruffalo spoke on Wednesday at a Legislative Building news conference in Raleigh to highlight the challenges of communities affected by what are known as PFAS, or “forever chemicals.”

These compounds include GenX, which is used in producing non-stick surfaces. Little research exists about the health effects of chemicals like GenX, which has been used at the Chemours Co. plant near Fayetteville.

The event was sponsored by the North Carolina Conservation Network, Clean Cape Fear and the Center for Environmental Health. State legislators and residents also spoke.

Ruffalo is known for his roles in the “Avengers” movies, “Thanks for Sharing” and others. He also recently played an environmental defense attorney in “Dark Waters.”Ruffalo participated in an event in Wilmington on Tuesday evening that included a screening of “Dark Waters.” He also spent some time with Attorney General Josh Stein earlier Wednesday.