CHARLOTTE, N.C. — The Mecklenburg County Health Department sent a letter to parents at Elizabeth Lane Elementary School, in Matthews, after someone at the school tested positive for Pertussis, which is also known as Whooping Cough.

The health department sent the letter on Tuesday, February 25th.  In the letter, officials say that Pertussis is a contagious bacterial infection of the respiratory tract that is  spread by coughing and could last for months if contracted.

The infection is more serious in very young children, according to the health department.  Officials say for the first two weeks, the symptoms are similar to a cold and include a runny nose, low-grade fever, watery eyes, and a mild cough which worsens gradually.  The coughing episodes are said to become sporadic within one to two weeks and a loud high-pitched noise, or whoop, may be heard while breathing during the coughing episodes.

Health department officials say anyone who develops symptoms should contact their physician immediately.

Read the full letter to parents below: 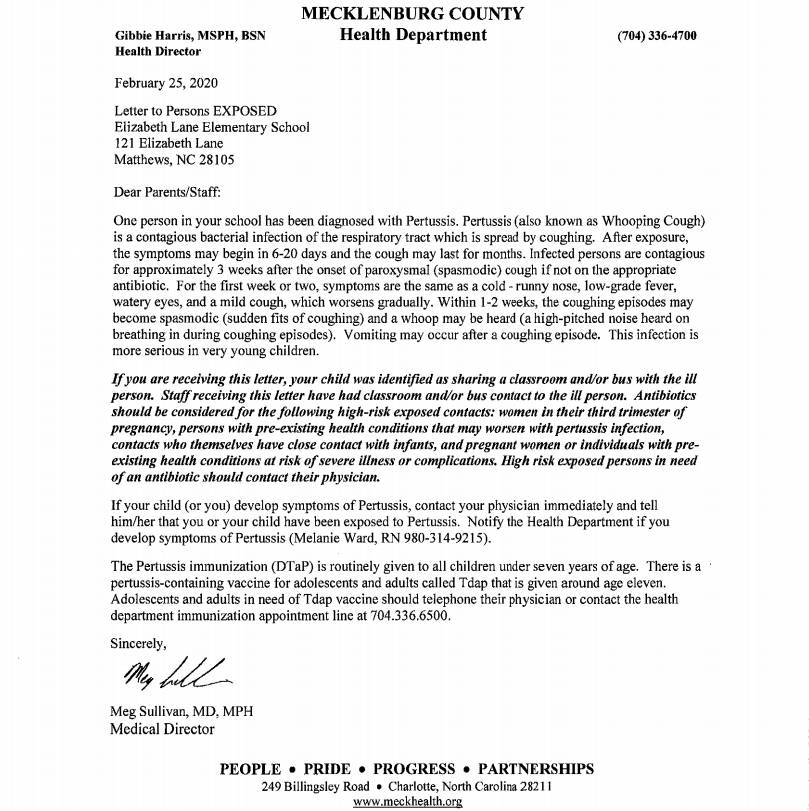