The case against Joshua Hunsucker, 35, lacks “aggravating factors” that would allow the state to seek capital murder charges, an attorney with the North Carolina Department of Insurance’s fraud investigations unit told a judge Monday.

Hunsucker was charged with first-degree murder, felony insurance fraud and felony obtaining property by false pretense over $100,000 in December 2019, news outlets reported. He was accused of poisoning his wife to claim a $250,000 insurance payout after investigators determined her blood contained high levels of an ingredient found in eye-drop medication.

Eye drops have been linked to heart failure when ingested in large quantities, prosecutors said during a hearing at the time.

Since Hunsucker’s arrest, the family of his wife has filed a wrongful death suit against him and a motion asking for custody of the couple’s two young daughters, The Gaston Gazette has reported.

Hunsucker is scheduled to appear in court May 4.

News outlets report that Joshua Lee Hunsucker of Mount Holly is facing charges of first-degree murder.
Prosecutors said at a preliminary hearing on Friday that eye drops can cause heart failure when ingested in large quantities. 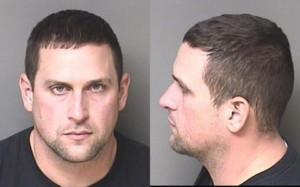 State officials say that Stacy Robinson Hunsucker died in 2018 and that her death was tied to a $250,000 insurance payout.

Joshua Hunsucker wouldn’t allow his wife to get an autopsy. But North Carolina Insurance Department attorney Jordan Green said that authorities were able to test vials of Stacy Hunsucker’s blood that were stored by a company that is involved with organ donation.

Attorney David Teddy represented Joshua Hunsucker in court on Friday. He said that the allegations would be “strenuously opposed.”