Brooks was shot and killed in December 2019.  On March 4th, officials with the Charlotte-Mecklenburg Police Department say they arrested one of the two suspects in the case.

Terry Conner, Jr., 33, of Charlotte, has been charged with murder, armed robbery, kidnapping and possession of a firearm by a felon. 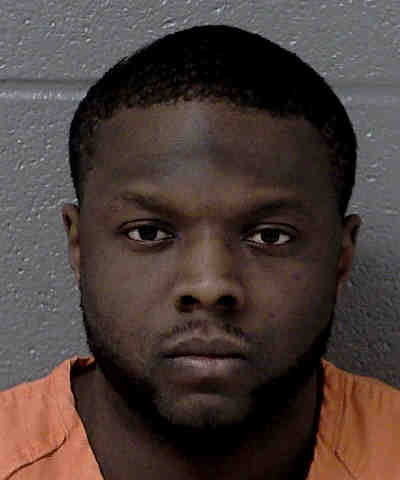 Arrest warrants claim Conner stole $100 from Brooks before he was shot and killed.

See below for full coverage on this murder investigation.

WATCH LIVE: The Charlotte-Mecklenburg Police Department holds a news conference after they arrested a suspect for the murder of Scott Brooks, co-owner of Brooks' Sandwich House.

CMPD has made an arrest in the murder case of Scott Allen Brooks, the Brooks’ Sandwich House co-owner.  Terry Conner, Jr. has been charged with murder, armed robbery, kidnapping, possession of a firearm by a felon, and other charges, according to CMPD.

“I never gave up hope. I knew that they were going to work as hard as they possibly could. It’s paid off. See what happened,” says Dave Brooks, the brother of Scott Brooks.

CMPD says the 33-year-old suspect was taken into custody off Countryside Drive in northeast Charlotte on March 4th.  Police say the lead detective was instrumental in getting this suspect in custody.

The community reacting to the news Wednesday. Robert Womack knew Scott for more than 40 years.

“Just a lot of relief and a lot of love for the Brooks family,” says Womack.

Conner does have a criminal history in Mecklenburg County.  According to the North Carolina Department of Public Safety’s website, Conner spent nine year, seven months, and 25 days in prison for an assault with a deadly weapon inflicting serious injury charge.  He was released from prison on September 3, 2019,  The murder of Scott Brooks happened on December 9, 2019.

📢 Know something? Say something
📞Call @CLTCrimeStopper at 704-334-1600 with any information. pic.twitter.com/wjTPO9HP2r

The Brooks Sandwich House also shared their initial thoughts about the news, first in a social media post which read: “We are finally getting some peace of mind!! We have been praying for this day and it’s finally here! We are to [sic] blessed to be stressed!”  Later on Wednesday, Dave Brooks – Scott Allen Brooks’ twin brother, spoke to media outside the family business. “I’m not sure if it starts the healing process or not because nothing is going to bring my brother back, but kudos to the Charlotte Mecklenburg Police Department – they were absolutely resilient in what they’ve done and they will not give up – I will tell the media that. We’ve got a force we can be proud of,” Brooks told reporters.

“Too bless to be stressed” is an ode to Scott Brooks.

CHARLOTTE, NC –  New surveillance pictures and video show the people police believe shot and killed a Noda restaurant owner. There is now a $21,000 dollar reward for information leading to an arrest and conviction.

“I think we’re all a little bit shaken up,” said Alyssa Lilley, an employee at Cabo Fish Taco in Noda.

She says people in the area have been vigilant since the deadly attempted robbery. She also says local businesses are doing what they can to support the family of Scott Brooks.

“It’s just a small gesture to remind everybody that they were, or he was so important to the community,” said Lilley.

It’s been a month since someone shot Brooks as he opened his restaurant Brooks Sandwhich House.

Since his death, friends and family have held vigils, raised money and continued to press for answers and justice.

“The support that we receive gets us through grief every day,” said Dave Brooks, “it’s not easy, it’s not easy.”

Brooks speaking on Wednesday after police released new video and images of the people suspected of killing his brother.

“I just hope that this little bit of evidence and what were doing today is gonna help find and convict somebody,” said Brooks.

The surveillance video shows a man holding a gun as he walks around the corner of the small building. The pictures zero in on the distinct gloves worn by another suspect during the deadly attempted robbery.

“It’s critical that anybody in the community that recognizes these people contact us,” said a CMPD Investigator.

“It can’t bring him back, but maybe bring a little bit of justice to not only us, but the community too,” said Brooks.