BURKE COUNTY, N.C. — A traffic stop on a speeding vehicle in Burke County led to a drug arrest, deputies say.

According to a news release, deputies were patrolling Miller Bridge on February 3 when they conducted the stop. In the car, officers found marijuana.

In addition, one of the occupants, who has been identified as 47-year-old Michael John Harmon, was also in possession of methamphetamine, deputies say. 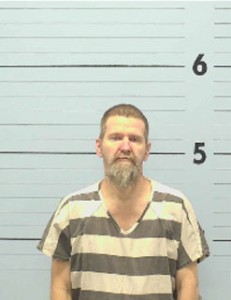 Harmon was then transported to the magistrate office where he was charged with Possession of Schedule II Methamphetamine, according to deputies. He received a $10,000 secured bond and was place at the Burke County Jail with a court date of April 1, 2020.