Missing 16-year-old from Davidson has now been located and is safe, according to officials.

The Town of Davidson announced on social media that he was located on Wednesday.

Case Update #3: The Davidson Police Department is happy to announce that Ket Barrington was located on March 11, 2020 and is safe. Thank you to everyone who called, inquired and assisted during the search.

DAVIDSON, N.C. — The Davidson Police Department is asking for the public’s assistance with locating a missing 16-year-old.

According to a news release, Bereket “Ket” Barrington left his home on Grey Road in Davidson on March 9 early that morning. 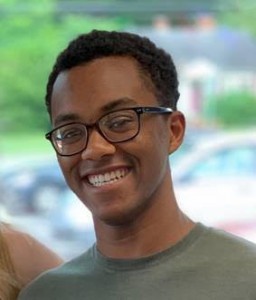 When Barrington left he did not take his phone, computer or wallet with him, he also did not have any means of transportation.

He is known to frequently walk in Abersham Park and attends William A. Hough High School in Cornelius, police say.

Barrington has been described as a 16-year-old black male, weighing around 170 pounds with black hair and brown eyes. It is unknown as to what clothes he was wearing at the time.

He does have a distinctive deep voice with a slight Ethiopian accent.

If anyone has seen or spoken to Barrington since Sunday night, please let police know he’s safe. Any information that you can provide would be much appreciated.

Anyone with information, please contact Detective Geiger at pgeiger@townofdavidson.org or call (704) 892-5131.