James Winston, the suspect in the case, has been released from the hospital and transferred to the Mecklenburg County Jail. 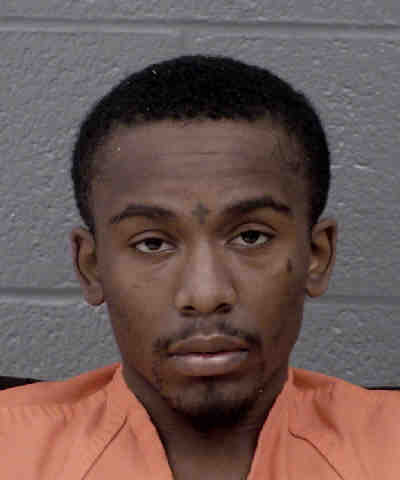 Police say he was served warrants for 2nd degree murder, felony death by motor vehicle, felony hit and run, possession of a stolen vehicle, reckless driving, driving while license revoked, possession of marijuana, and open container (liquor).  Read below for full details on the investigation.

CHARLOTTE, N.C. — The Charlotte-Mecklenburg Police Department has identified the suspect involved in a fatal hit-and-run that happened in west Charlotte.

Officers were called to the inbound lanes of Wilkinson Blvd near the Charlotte Douglas International Airport around 3:30 a.m. on Sunday regarding a crash.

Upon arrival, officers located a 2014 Acura ILX and a 2007 Toyota Camry that had been involved in the crash. The driver of the Toyota who was identified as 21-year-old Nigel Brown was pronounced dead on the scene by MEDIC.

The driver of the Acura fled the scene before the officers arrival but the passenger, Tyrek Boyd, remained in the vehicle. Boyd was transported to a medical center with minor injuries, a news release said.

After an investigation it was revealed that the Acura was speeding on Wilkinson Blvd when it struck the Toyota that was turning left onto Donald Ross Road.

It was also determined that 22-year-old James Nelson Winston was the driver of the Acura, police say. The Acura that was involved in the incident has been identified as a stolen vehicle in Charlotte from February 4.

According to CMPD, Winston was driving while impaired, his license was in a revoked status, and he had an open container of an alcoholic beverage in the vehicle.

Winston was charged with DWI upon his arrival at Atrium-Main where he is being treated for serious injuries, according to CMPD.

According to CMPD, arrest warrants for Winston have been issued for 2nd Degree Murder, Felony Death by Motor Vehicle, Felony Hit and Run, Possession of a Stolen Motor Vehicle, Reckless Driving, Driving While License Revoked, Possession of Marijuana, and for Open Container. The warrants will be served upon his release from the hospital.

Boyd has also been charged with Possession of Alcohol by a Person Under 21, police say.

Any witnesses to the crash, or anyone with information concerning the crash, should contact Detective Crum at (704) 432-2169 Ext# 4 or Crime Stoppers at (704) 334-1600. The public can also visit the Crime Stoppers website at http://charlottecrimestoppers.com/.